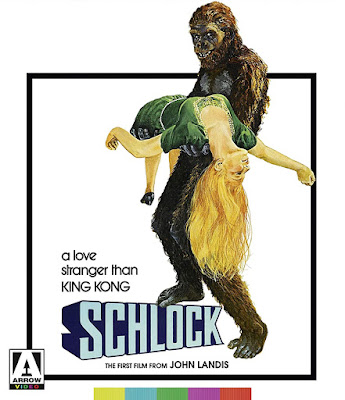 John Landis wrote, directed and starred in it! 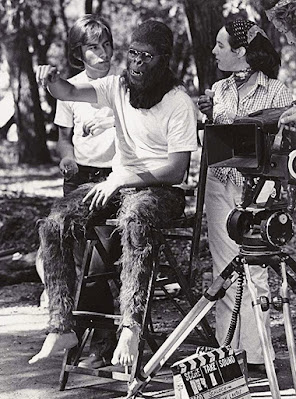 Rick Baker made the Schlock suit and mask. 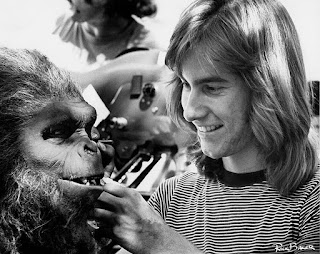 Eliza Garrett plays the blind girl he goes bananas over.
She thinks he's a dog, so she keeps throwing him a stick. 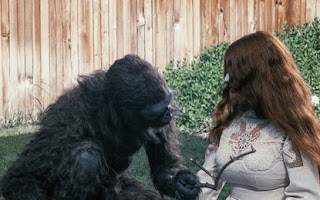 That scene is great, but the movie theater scenes are the best. 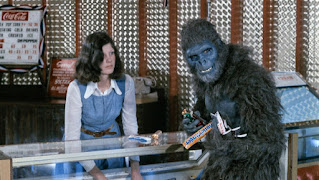 Don't lay a finger on his Butterfinger!
And don't block his view! 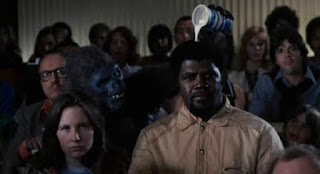 The man wearing glasses is Forrest J. Ackerman.
You can see him better in this shot: 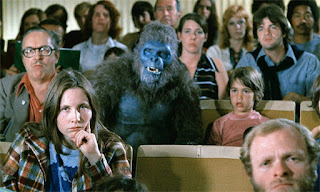 Schlock is featured in Forrest's Famous Monsters magazine #96.
Posted by Holly B. Strange at 7:30 AM