A toast to Casper 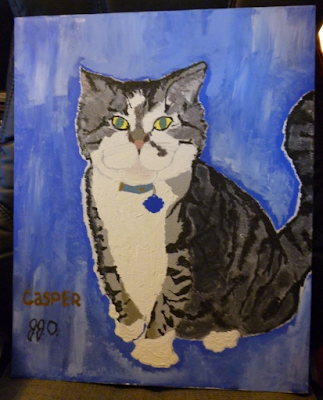 For nearly two decades, I had a cat named Casper. He was also my best friend.
We shared a lifetime of precious memories. But when he reached the last year of his life, things took a turn for the worse. He was frail and skinny. He started having seizures. Had at least 15. I was too scared to sleep or to leave his side. But eventually my little buddy couldn't go on any longer and he passed where he spent most of his time, on the end of my bed, on a nice comfy blanket. A part of me died that day. I mourned him for many years. I was dead set on never getting another cat. But one day I met a silly little rascal that caught my eye. So I took him in and adopted him. His name is Zero. He is my little buddy.
I will never forget Casper and Zero will never be a replacement. But it was time to move on and begin a new chapter in my life... 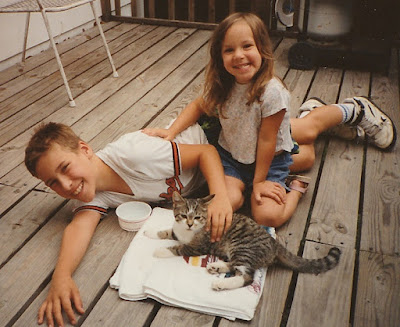 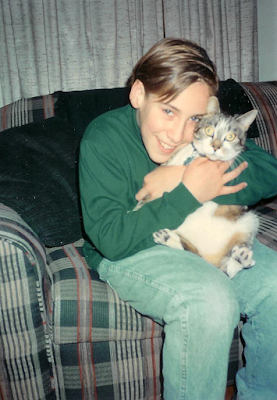 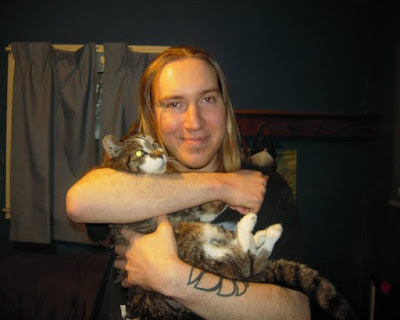 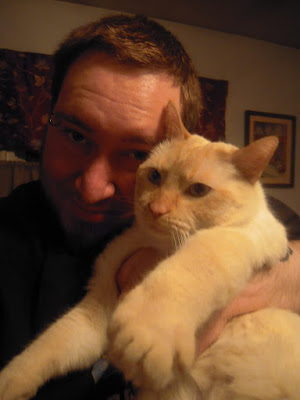 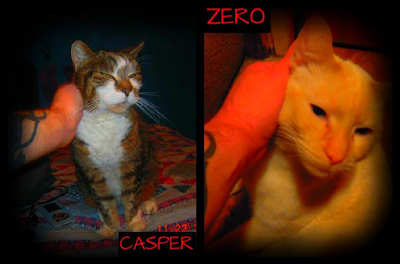 This post was written by my boyfriend Jonathan for Spectember.

Is your heart haunted by a furry friend? Submit a toast to them.
Posted by Holly B. Strange at 5:25 AM