The 5th Carol of Creepmas: Flowers and Lies by The Barrow Wights


Why'd I pick this as a Creepmas carol?
Because Santa is a lie, sadly.
(Krampus is totally real though!)

The song and video are from The Miskatonic Acid Test,
a forthcoming film from American Entropy Productions. 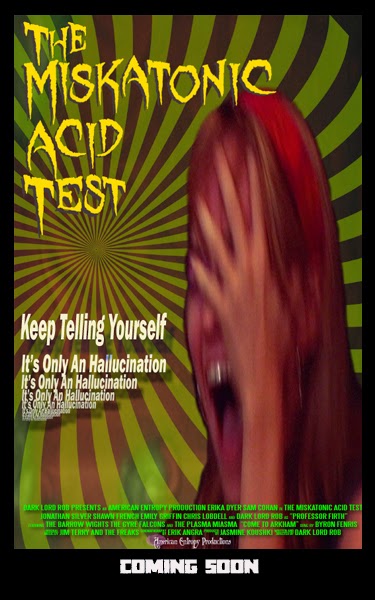 The plot?
In the late 60's, things went very wrong at a psychedelic
rock concert in witch-haunted Arkham, Massachusetts.
As the drugs and music peaked,
Miskatonic University's Philosophy Professor took the mic,
and began to read phrases from a book called Necronomicon.

The film consists of "found footage" of that infamous night;
the people, the atmosphere, the music... and the horror!

The Barrow Wights are one of over a dozen bands created for the film.
The songs, by Dark Lord Rob (of ex-The Not Quite) and Jim Terry,
will be available as a double-CD released concurrently with the film.