Spring brings with it many splendid things,
including the release of this grim little gem! 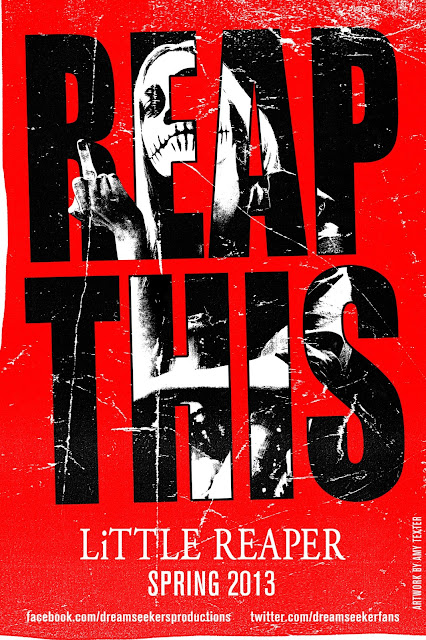 LiTTLE REAPER is a horror/comedy about Death's de(ad)linquent teenage daughter.
Written, produced, and directed by Peter Dukes of Dream Seekers Productions,
whom I had the honor of interviewing last year. (Check it out here.)

Below he's pictured with Athena Baumeister, the star of the film:

And here he's being attacked by Death himself, John Paul Ouvrier:

They're joined by a goblin (second from left), banshees (left & right):

More pics and info at the links below:

Dream Seekers on Twitter
Posted by Holly B. Strange at 11:55 PM