The Devil Is My Witness 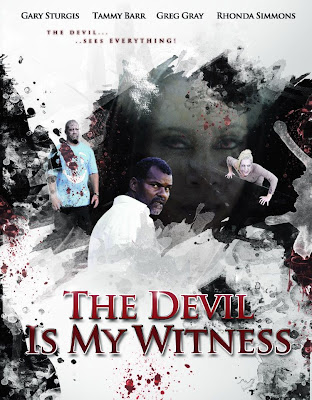 The Devil, Zombies, and Lots of Blood!

That's what this short film promised, and it delivered!
﻿It not only stars Gary Sturgis (Diary of a Mad Black Woman),
but was also written and directed by him. He plays Larcen,
an actor who's on the run after killing his manager and her husband.
They had it coming though, as you'll see. As well as a unique grill kill.
But unbeknownst to Larcen, the Devil was there to witness everything!
So, the couple make a deal with the Devil,
giving their souls for a chance to take revenge on their killer.
Do they succeed? Watch to find out here!


This is the 1st of 5 short horror films (20 minutes each)
that will be released individually with it's own title and cover art,
then put together with the other 4 shorts to make a full length film.
The feature film will have added scenes not included in the shorts,
that tie all the stories together!

More info at the links below:

ScreenMagic on Twitter
Posted by Holly B. Strange at 5:30 PM