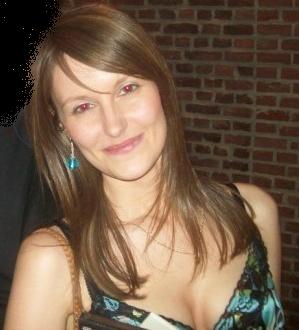 Screenwriter and novelist known as the 'female version of Stephen King'.
Find out more about Vanessa and her work by going to her personal blog here.
If you like cats, you might also like the web comic about her cat Avalon here.


Megan Blackwood has just lost her son in a terrible accident.

Now she has come to Moonlight Creek with her teenage daughter Jenna,
hoping that a change of scenery might help to put her life back together.
But something odd is going on in Moonlight Creek.
When rain falls over the village, the inhabitants commit grisly murders,
leaving the village deserted with the first rays of sunshine.
Beneath the lake's surface, an eerie presence watches... and waits...
Waits to reveal a tragic past drowned in mystery and fear.
One that doesn't bode well for visitors.
By the time Megan realizes that her daughter is in danger,
it might already be too late. 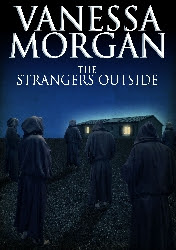 Two sisters, Jennifer and Louise,
return to their remote holiday cottage after a day at the seaside.
But little do they know they're being surrounded.
Soon after their arrival, the girls will come face to face with the strangers outside.
When the assailants make their intentions known,
things take a shockingly terrible turn and an intense battle for survival will begin. 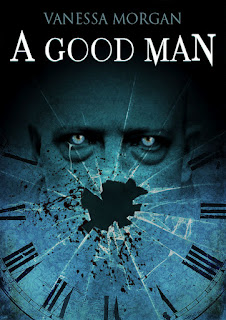 
Do you like Dexter and American Psycho?
Then chances are you will love A Good Man.
Louis Caron is a good man – he's a vegetarian, feeds homeless people,
takes care of animals and is concerned with the ecological well-being of the planet.
But his altruism has a sinister edge –
he's a vampire and local detective Taglioni becomes increasingly suspicious of him.
Louis' attempt to escape the police will take him on a journey into his own private hell where he is not only forced to confront his worst fears,
but where he will also destroy the lives of those he cares about.

﻿A Good Man (also available in French as Un homme bien),
now in preproduction with Radowski Films, is being released today!
In celebration, Vanessa is giving away a copy of the fangtastic story!
To enter, simply spread the word then comment on her post here!
She also has some fun vampire facts to share with us!
Check them out below. (Most of them I didn't know!)

- Stakes, garlic, sunlight and holy water are not the only ways to kill vampires.
Other cultures recommend boiling a vampire in vinegar,
pounding a nail through his navel, beheading it, burying it at a crossroads
or scattering birdseed on its tomb.
Hawthorn branches, rowan trees, fire, peppermint, salt,
iron and running water are also considered dangerous for vampires.

- Almost every country has its own vampire legend.
Some even date back thousands of years.
One of the best known vampires is Vlad Dracul, also known as Vlad the Impaler (1431-1476).
He allegedly killed up to 30,000 people and liked to dip bread into the blood of his victims.
Although he was reported dead in 1476, his tomb has remained empty.
Some historians believe that Prince Charles is a direct descendant from Vlad Tepes.

- A rare disease called porphyria causes vampire-like symptoms
such as extreme sensitivity to sunlight, hairiness,
strange behavior and reddish brown coloring of the teeth.
It's also known as the vampire disease or the Dracula disease.

- In ancient times, anemia was often mistaken for a symptom of a vampire attack.

- One of the most popular vampires in children's fiction in recent years is called Bunnicula - a cute little rabbit that lives a happy existence as a vegetarian vampire.

- The romantic and sensual Hollywood vampires differ drastically from folklore vampires.
The Ghanan Asasabonsam vampire, for example, has iron teeth and hooks for feet, which they drop from treetops onto unsuspecting victims.
Certain regions in the Balkans believe that pumpkins and watermelons would turn into vampires if they were left out longer than 10 days or not consumed by Christmas.
A drop of blood on a fruit's skin is a sign that it is about to become a vampire.

- The oldest known vampire legend comes from Sumerian and Babylonian mythology and is about the ekimmu, a spirit or demon who was not buried properly and has returned as a vengeful spirit to suck the life out of the living.

- The Egyptian Book of the Dead states that if the ka (one of the five parts of the soul) does not receive particular offerings, it ventures out of its tomb to drink the blood of the living.
In addition, the Egyptian goddess Sekhmet and the Indian goddess Kali were known to drink blood.

- In March 2007, self-proclaimed vampire hunters entered the tomb of Slobodan Milosevic and staked his body through the heart.

- Some old reports from gravediggers and morticians talk about corpses suddenly sitting up in their graves and coffins.
This eerie phenomenon, that could be caused by the decomposing process,
has probably inspired the legend that vampires must sleep in coffins.

- Dolmens have been found over graves in Western Europe.
Many believe that they were meant to keep vampires from rising.

- Count von Count from Sesame Street, is based on an actual vampire myth.
One way to supposedly deter a vampire is to throw mustard seeds outside a door or place fishing nets outside a window.
Vampires are compelled to count the seeds or the holes in the net,
delaying them until the sun comes up.

- Some cultures bury their corpses face down so vampires would dig down the wrong way and become lost in the earth.

- Female vampires were blamed for spreading the bubonic plague throughout Europe. That's why it was not unusual during that century to shove a rock or brick in the mouth of a suspected vampire to prevent it from feeding on the living or the bodies from other plague victims.