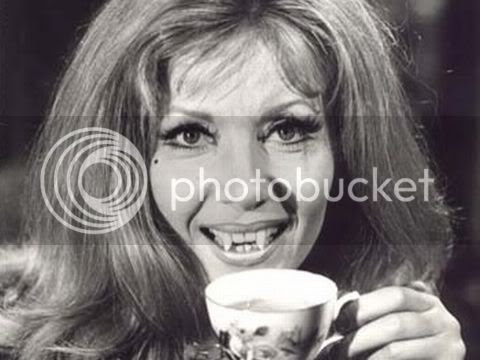 The Vampire Lovers is actually part of a trilogy, based on the novella Carmilla (1872)

There's a vampiress from the same family in Captain Kronos: Vampire Hunter (1974) as well.

Ingrid is only in the first film, but they all feature beautiful (and often bare!) babes.


Which is one of the things Hammer horror films were known for.

﻿Fangs for the mammaries!
Posted by Holly B. Strange at 9:17 PM