Before playing Lily Munster, Yvonne De Carlo was in a burlesque show with this gorilla: 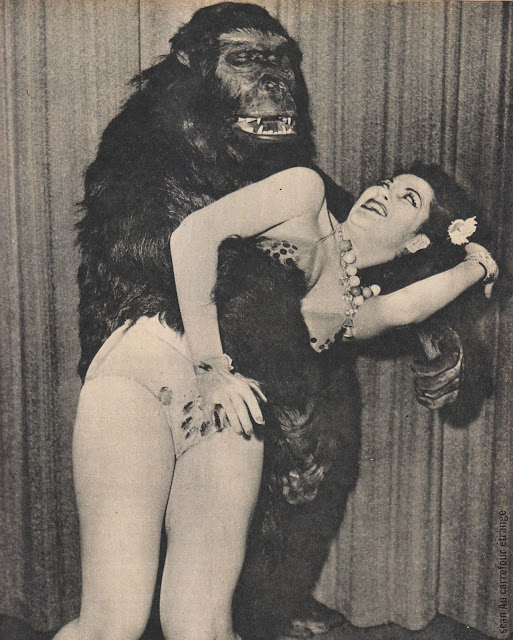 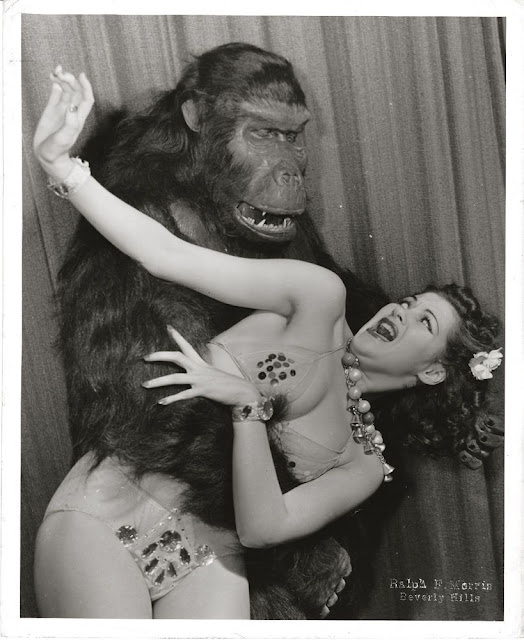 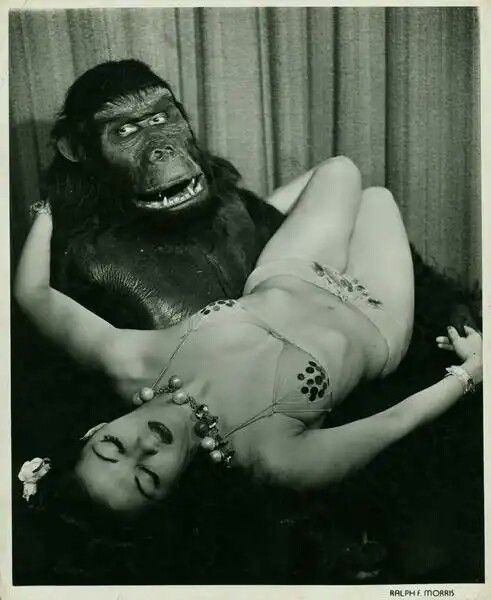 He was played by Emil Van Horn, who's in two of the movies I posted about here.
You can read all about Emil and the wild show here.

Eddie Munster was going to get a pet gorilla in season three of The Munsters.
Butch Patrick as Eddie and Bob Burns as the gorilla even made a public appearance. 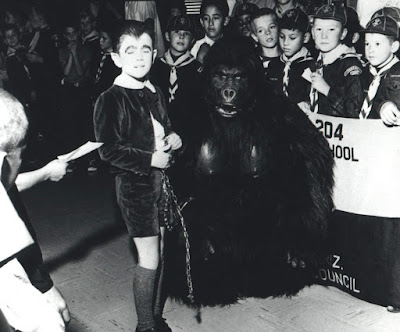 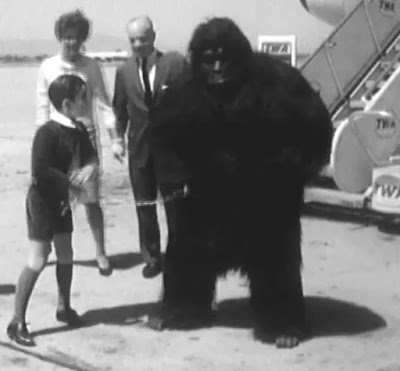 Speaking of Butch, I saw him in Scary Movie (1991) recently.
You can watch the scene with him and Eddie's Woof Woof doll below. 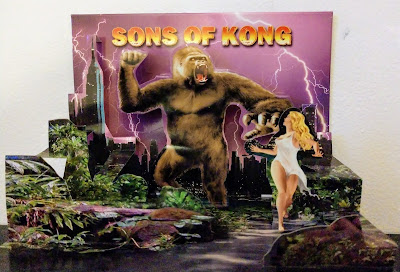 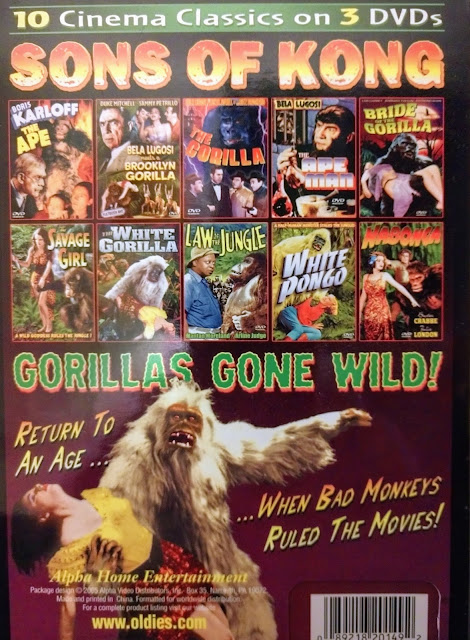 The rest of the movies were new to me. Here's my synopses of them:

Two entertainers meet a mad scientist in Bela Lugosi Meets a Brooklyn Gorilla (1952).
Bela is the scientist who turns the Dean Martin and Jerry Lewis wannabes into monkeys.

The Gorilla (1939) features Lionel Atwill as a wealthy man and Bela Lugosi as his butler.
The Ritz Brothers hog the spotlight as bumbling investigators though.
They search Lionel's mansion for a killer called The Gorilla and a real one shows up.

Bride of the Gorilla (1951) stars a hairy Perry Mason. Well, his portrayer, Raymond Burr.
He's turned into a gorilla by a witch, to the dismay of his new wife played by Barbara Payton.
I liked it, but wish Lon Chaney Jr played the gorilla instead of the police commissioner.

The Savage Girl (1932) and Nabonga (1943) are both about a jungle girl with a gorilla protector.
Rochelle Hudson in The Savage Girl and Julie London in Nabonga.
Nabonga is better though. Buster Crabbe (Flash Gordon!) is in it.

A singer joins a scientist on a safari to escape enemies in Law of the Jungle (1942).
Mantan Moreland steals the show as the scientist's scared servant.
The gorilla played by Emil Van Horn is only in it for a minute, sadly.
Emil also played the gorilla in The Ape Man.
I'll be posting more about him soon.
Posted by Holly B. Strange at 5:10 PM 2 comments: 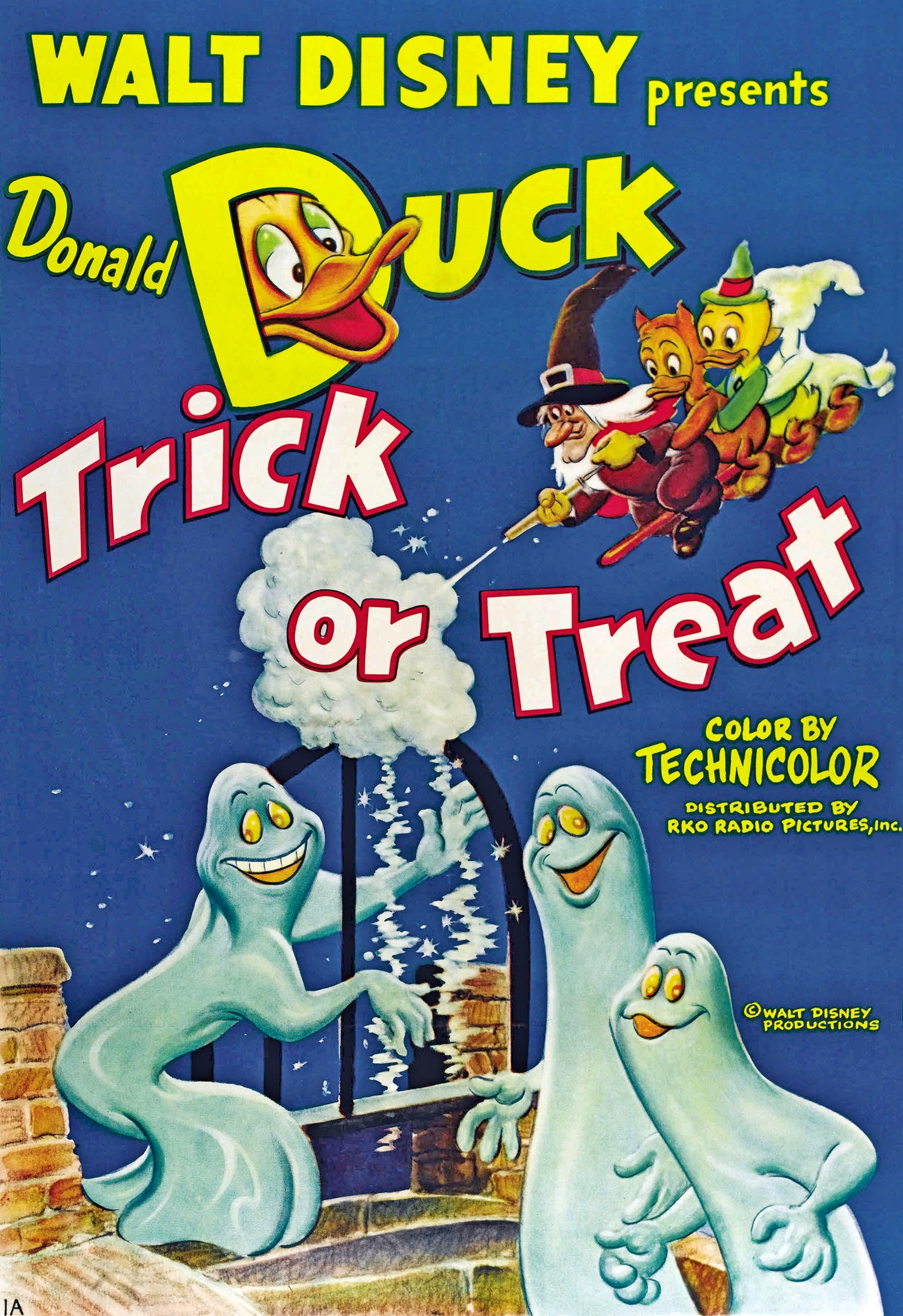 You can watch Trick or Treat (1952) here,
listen to audio adaptations here,
and read the comic here.

Nine pages cut from the original were added to the reprint in this book here:

Those pages feature this cool creature:

There's other Donald Duck holiday comics in the book.
Including an Easter one where Donald's cousin is quarantined like us.
It works out well for him though, as you can see: 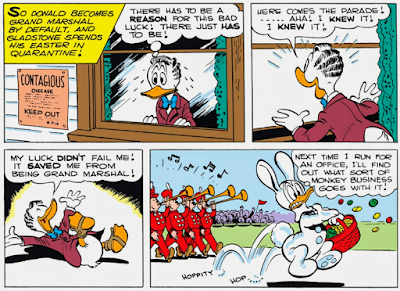 Speaking of monkey business, you can watch Donald Duck and the Gorilla (1944) for Ape-ril here. 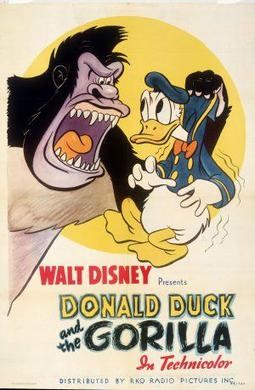 You can also watch The Gorilla Mystery (1930) here.
It stars Mickey Mouse, just like these treats I got from blippo.com: 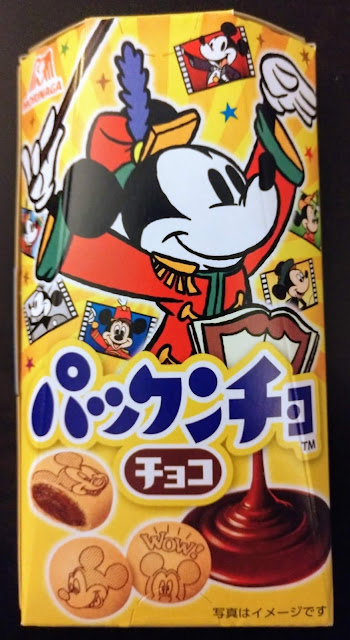 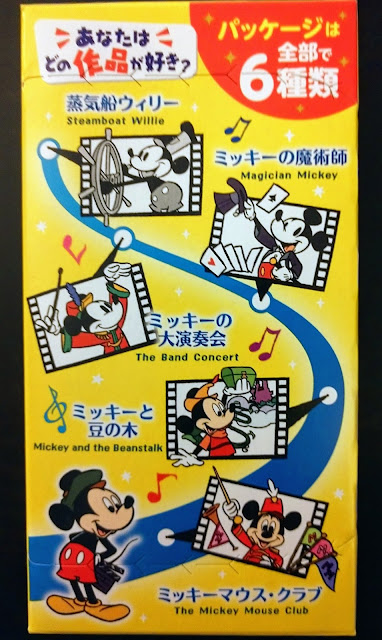 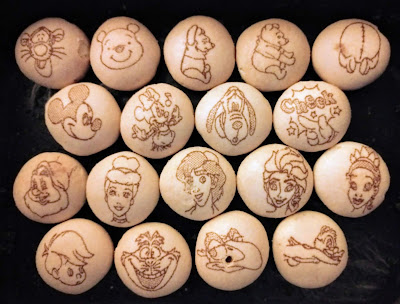 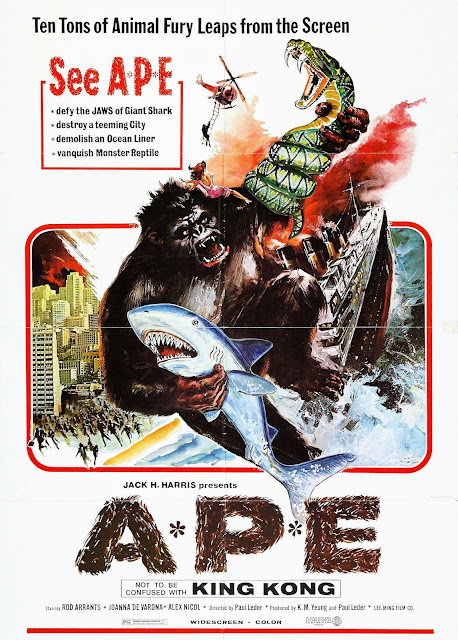 Though it's never mentioned in the movie, A*P*E is an acronym for Attacking Primate monstEr.

The best part is seeing him fight a shark!
You can read all about it in this issue of Famous Monsters here: 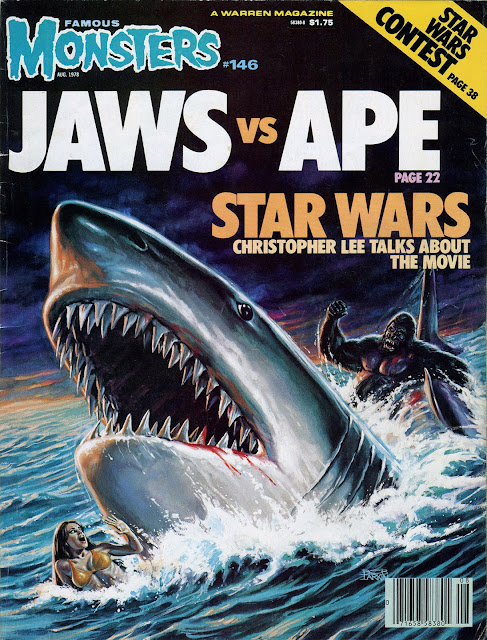 This is the second best part:

You must watch the movie here to see all the other silly stuff.

This is the first post for Ape-ril, a month of monkey mayhem!
Posted by Holly B. Strange at 2:35 AM 1 comment: