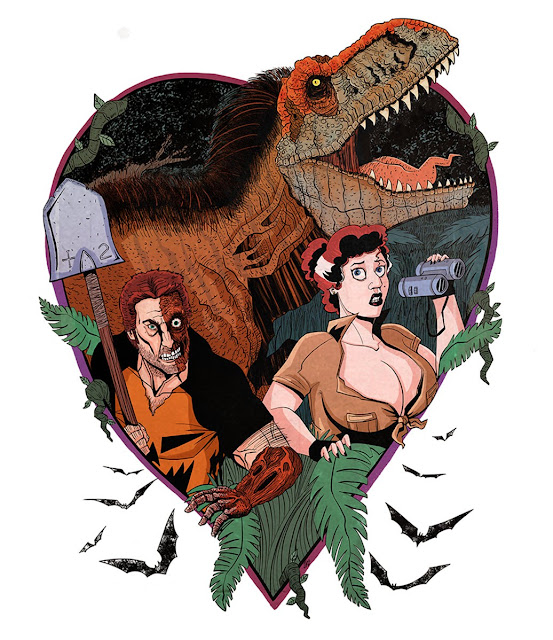 Halloween Man is the weird adventures of an undead superhero and his sexy mad scientist girlfriend. Throughout its nineteen year history, Halloween Man Comics has strived to bring you the best artistic talent indie comics can offer.

When Solomon and Lucy's date night is interrupted by a caveman fleeing ravenous vampires, indie comics' favorite couple are bestowed on a quest involving both Lucy's family tree and planet Earth's prehistory as they enter a legendary plateau filled with giant monsters!

If quirky comics are your cup of T-Rex, here is your chance to show your support for this offbeat Texas original. Your donations will help finance their creative team’s production costs, as well as the printing and promotions. Help them roar like a Mesozoic monster and prove that indie comics can take on the big two by donating here! 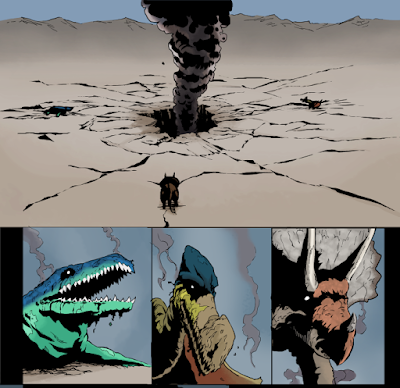