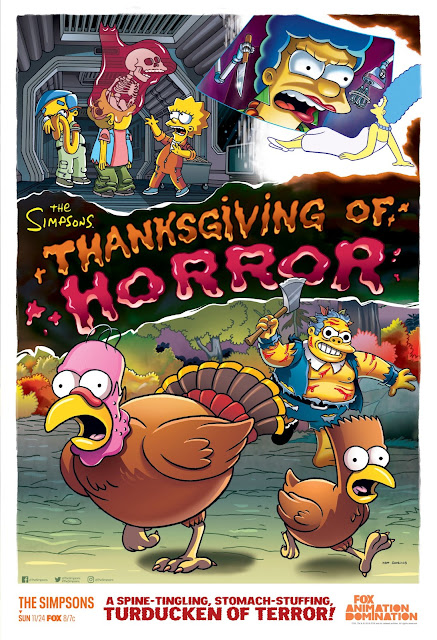 I loved this special Thanksgiving edition of Treehouse of Horror,
in which the Simpsons are forced to face various Thanksgiving nightmares.
Including the first Thanksgiving, an A.I. mishap and sentient cranberry sauce.

Speaking of cranberry sauce, I dig the design on this tee: 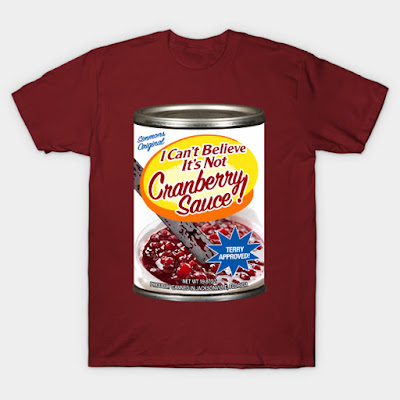 It's based on the line "it's not cranberry sauce" from this movie: 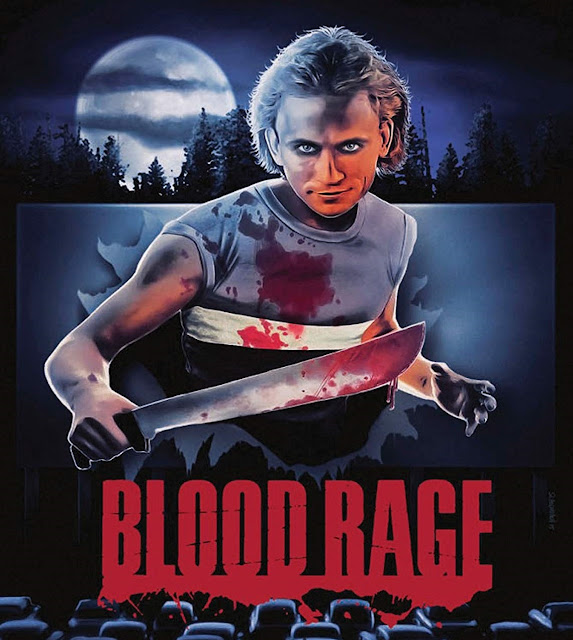 During their childhoods, Todd is institutionalized for a murder his twin Terry committed.
10 years later, on Thanksgiving, Todd escapes and Terry goes on a killing spree.


This movie is also about a mental patient who escapes on Thanksgiving: 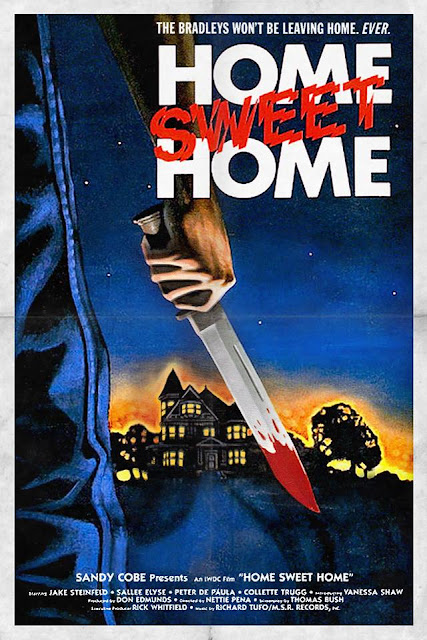 Blood Rage is way better, but I got a kick out of seeing Body by Jake as a crazy killer. 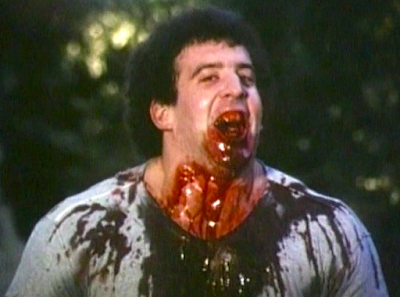 Happy Thanksgiving!
Posted by Holly B. Strange at 2:25 AM