My milkshake brings Evil Grimace to the yard 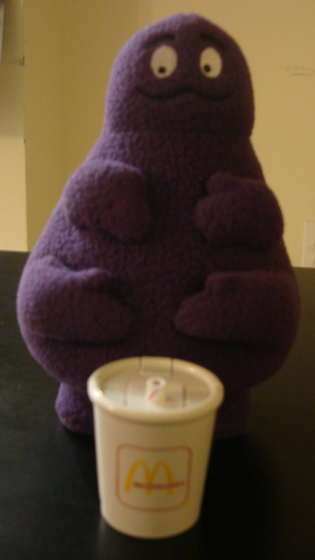 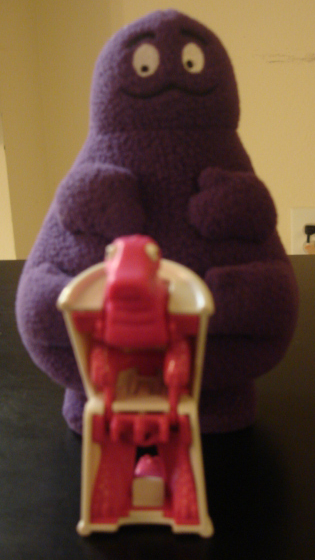 Damn right, it's a dinosaur.
(A tri-shake-atops to be exact.)
I tricked you, but I didn't charge.

Speaking of dinosaurs, I learned about Evil Grimace from Dinosaur Dracula here.
That's when I found the figure of him on eBay, which was in the box/on the card: 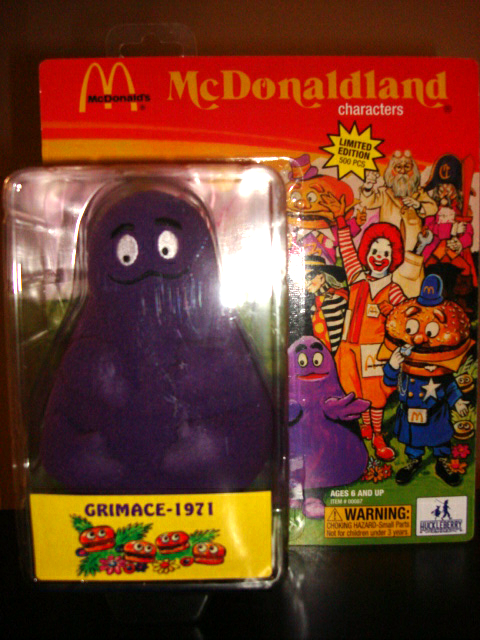 I only opened one side of the box, so I was able to put him back in it.

I love everything about him, but wish they didn't sew his arms to his body.

I wish mini milkshakes with velcro to stick on his hands were included too.

Now here's all the dirt I dug up on Evil Grimace:

He was introduced in November 1971.
In his first three appearances, he was depicted with two pairs of arms to steal shakes.
(Dinosaur Dracula posted those three commercials. I found one more with him here.)
"Evil" was soon dropped from his name and he was reintroduced in 1972 as a good guy.

Evil Grimace still existed as a sticker, a cookie, and a valentine card though.
As you can see: 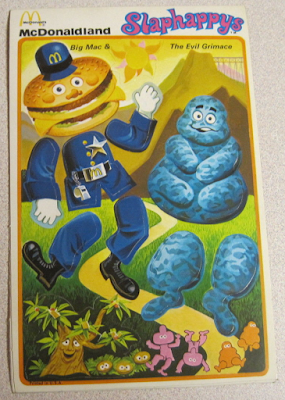 You can get those stickers here and watch the commercial for them below. 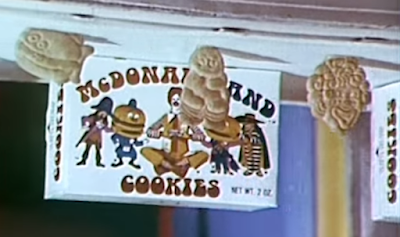 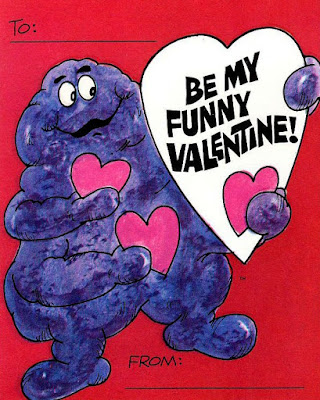 You can get the other McDonaldland valentine cards here.
The commercial for them is at the 3:41 mark of this video:

I think there are two Grimaces. Fraternal twins. One evil, one good.
Evil Grimace was banished from McDonaldland, so he moved to England.
Where he became personal assistant to Justin Hawkins of The Darkness.
Doesn't that look like him drying Justin off in their best video below?