The Fascinating History Of Shrunken Heads 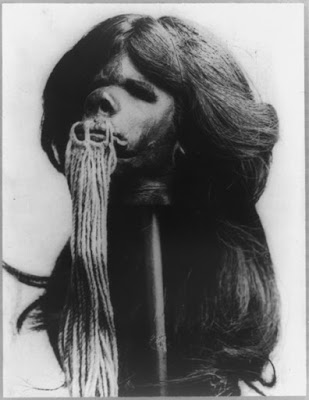 This is an article on the fascinating history of genuine shrunken heads. Other than the recent reports of ISIS shrinking human heads and then selling them online, the actual practice of headshrinking has only occurred in the northwestern region of the Amazon rain forest.

What Are Shrunken Heads Anyway?

Shrunken heads are the severed heads of humans, and are used for trophy, ritual or trade purposes. Unlike preserved heads in general, they are very rare. That is because Jivaroan tribes (groups found in Ecuador and Peru) are the only known tribe to both hunt and shrink human heads. In fact, their practice of headhunting raids and headshrinking is what they are famous for. During the raids, the tribe would kill men, cut their head off, then shrink it. 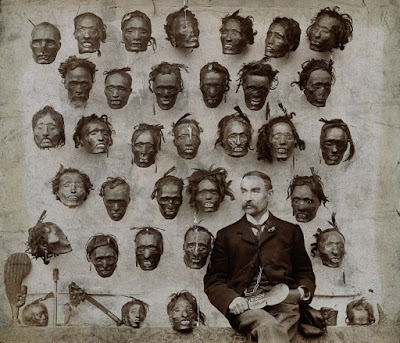 Here is the perfect example of real headhunting. This is an original photograph of Horatio Gordon Robley (1843-1925) and his incredibly bizarre collection. This man was not only a soldier and an artist, but also a collector of preserved heads known as Mokomokai, which were the severed heads of the Māori (the indigenous Polynesian people of New Zealand).

The Step-By-Step Process Of Headshrinking

1. To remove the cranium from the head, a long vertical incision on the back of the neck is made.

2. The skin and flesh are removed from the skull.

3. The eyelids and mouth are sewn shut.

4. The remaining flesh is scraped off.

5. A wooden ball is placed inside the head to help it keep human form.

6. To shrink the head and emulsify the fats and oils out of the skin, the head is boiled in water that's saturated with herbs.

7. The head is then sewed and dried with hot sand and rocks. At the same time, it is also molded.

8. The final step to the headshrinking process includes massaging the skin with charcoal ash.

The Two Types Of Shrunken Heads

There are actually two types of real shrunken heads. This includes ceremonial heads (the Shuar people from Ecuador and Peru call them tsantsas) and tourist heads (used for trading purposes).

Original shrunken heads are called ceremonial or tribal heads. They are war trophies.

1. To keep a victim's soul from returning from the afterlife and avenging its own death.

2. To intimidate other tribes by showing what could happen if they attack.

For more information on how and where you can obtain a real ceremonial head legally, visit: http://odditiesbizarre.com/shrunken-heads-yesterday-today/
The article also contains links to sites with fake and real shrunken heads for sale.

The significant difference between ceremonial and tourist shrunken heads is that with the tourist heads, the victim was not actually killed for their head/ritual purposes. Back in the late 1800s and early 1900s, tribes had sold these types of shrunken heads to tourists.

Whether you see them as a unique collectible, or something that should never be sold, owning a real shrunken head has been an oddities collector's dream. Although there are some out there for sale, they are extremely hard to find. If you ever find the real deal, just make sure it is legal to purchase and own. Also, be ready to spend thousands of dollars. Despite the high price, what a great addition it would make to your cabinet of curiosities.

This guest post was written by Kirin Johnson.
Posted by Holly B. Strange at 2:25 PM 2 comments: 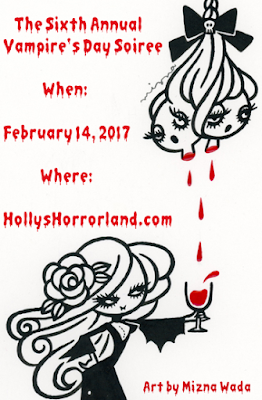 A toast to my blogger friend Nightwind for writing this perfect explanation of the event:

The Vampire's Day Soiree always takes place on Valentine's Day
as an alternative for those of us with a darker outlook on things.
Besides, what could possibly be more romantic than an encounter with the right vampire?
No doubt, vampires are dangerous, blood-thirsty creatures,
but they are also sensual and romantic.

All a person has to do to participate is sign up with a link to his/her blog below,
add the photo above to your blog, link back here and post something about vampires.
It's that simple--and it's fun!


"Where are the snows of yesteryear?" ~ Francois Villon 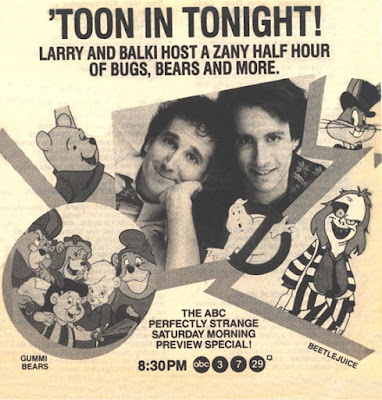 
The cartoon clips are cut out, but you can watch them below.

Stay tuned for more blasts from the past!