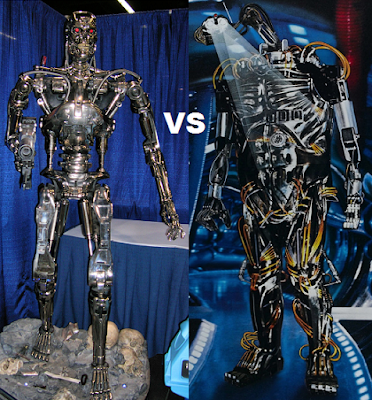 Comment with the name of the bot you think would win to vote for them.
The bot with the most votes wins.

Everyone who votes on the battles are entered to win a $20 Vat19 gift card.
Which you can use to get this: For those unfamiliar with Hector,
he's controlled by a crazy captain (Harvey Keitel)
who's after a sexy scientist (Farrah Fawcett).
But who can blame him? Look at her: 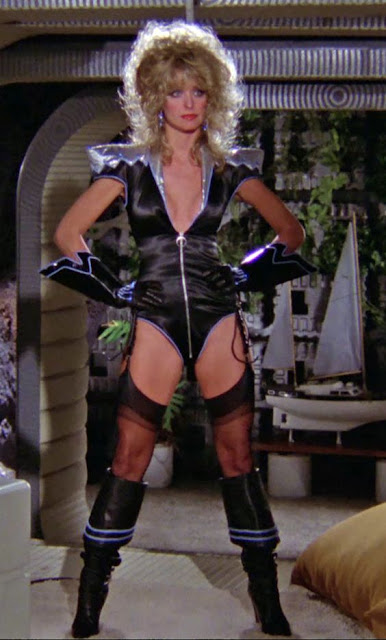 Sadly she never wears this awesome outfit in the film.
Just in a deleted scene, which you can get info on here.
Posted by Holly B. Strange at 9:55 PM