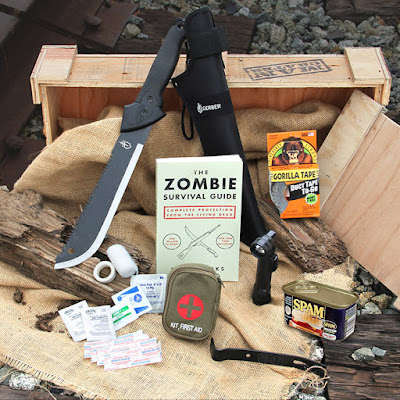 ManCrates.com, purveyors of Zombie Survival Crates and other
great gifts for men, made this awesome info sheet for Halloween
and asks: What would you want in a horror movie survival crate?

Since I'm an eternal optimist,
I assume my apartment is stocked with food and drinks.
So I would just want the items below and the crate itself,
which I'll use pieces of to board up the doors and windows.
(Along with my least favorite furnishings.) 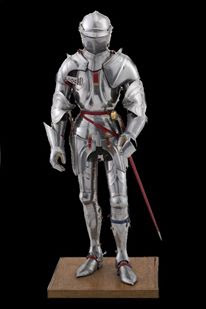 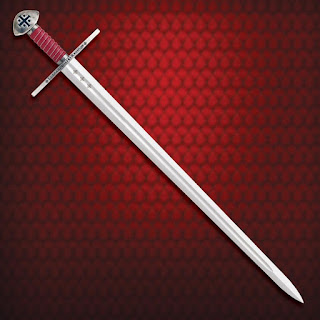 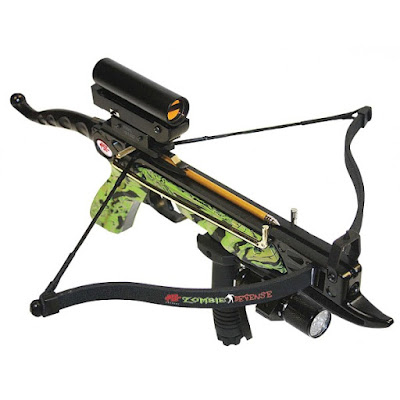 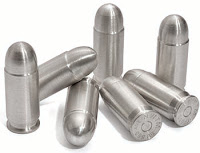 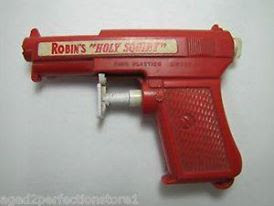 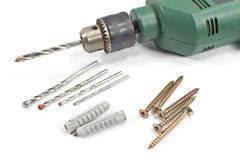 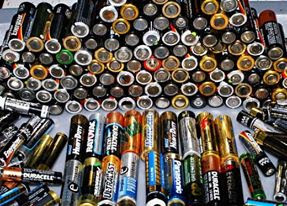 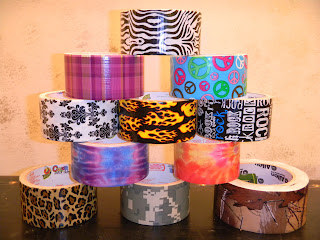 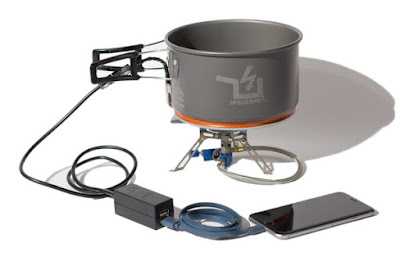 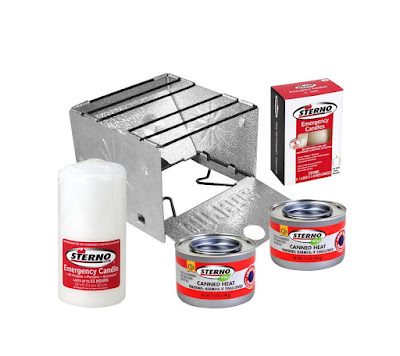 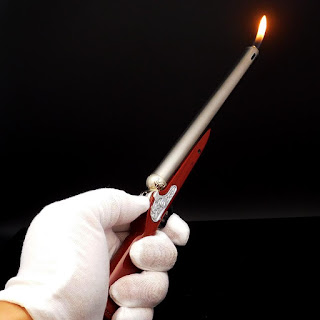 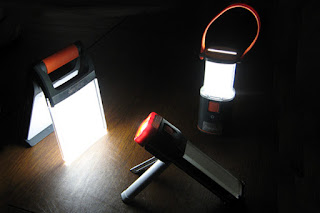 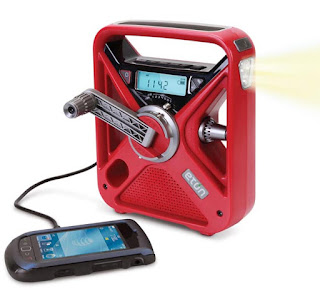 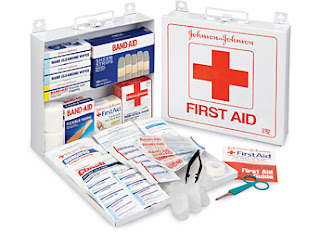 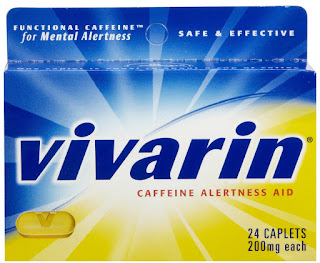 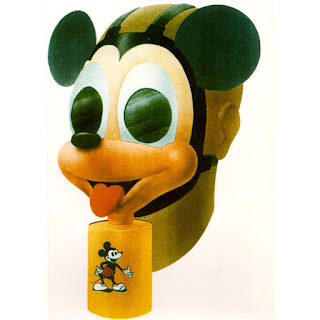 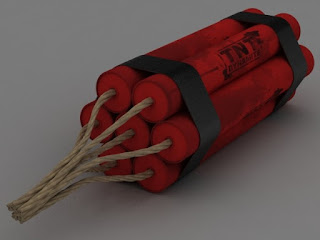 Dy-no-mite!
(In case I need to create a quick exit.)


HAPPY HALLOWEEN!
Posted by Holly B. Strange at 5:15 PM 4 comments:

I wanted to do something BIG for it's birthday,
to say I love you (my fab followers) longtime,
so I picked this pumpkin pecker to give away: 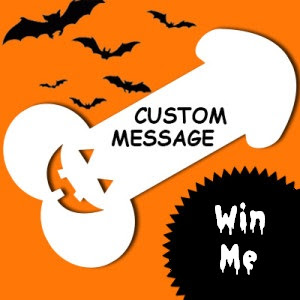 Just leave a comment with your email address
and message you want on it (if any) to enter.

And the winner is... Voodoo Ghoul! Congrats! 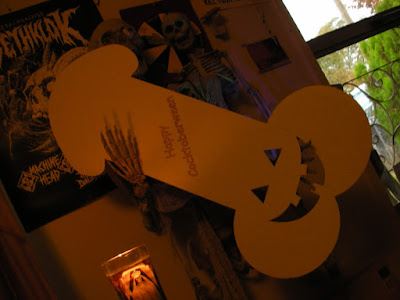 Get away for the holiday on a killer cruise to Manhattan,
courtesy of Maestro Magnus Sellergren aka Videogram. 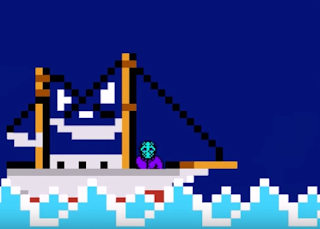 Voorhees Stomp is the first video from his Cineploit debut album "Pre-Cert",
which will be released on Friday the 13th of November.
"Camp Blood EP", a limited edition 10" pic disc/download
featuring remixes of the track and more,
will be released on December 18th.

The video was directed by Aaron Romero and is a tongue-in-cheek
8-bit tribute to the eighth installment of the Friday the 13th franchise;
"Friday the 13th Part VIII: Jason Takes Manhattan." 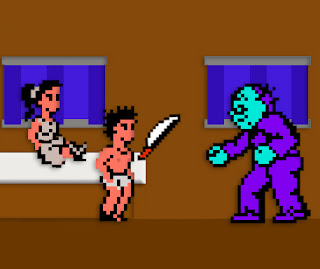 Mixing the 1989 movie with the 1989 "Friday the 13th" NES game,
(which you can play FREE here!), it sees the iconic Jason Voorhees
showing off his "killer moves" in Crystal Lake and New York City.
Every kill from the movie has been carefully recreated with reverence,
detail and a healthy dose of humor. As you shall see!

I LOVE it and it makes me want this NES Jason figure even more! 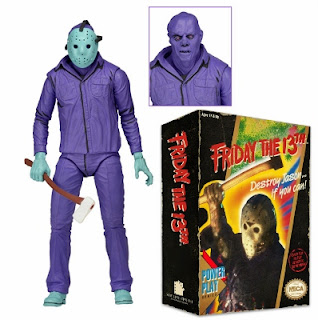 Previously only available as a SDCC 2013 exclusive,
this version comes with a machete, ax, harpoon gun,
removable mask, and his mother's head!
New paint deco reproduces the game's pixelated look.
And not only does the packaging re-create the game's box,
lift the front flap and it plays music from the game too!
You can pre-order him here!
Posted by Holly B. Strange at 4:30 PM 2 comments:

I got my red dress on tonight.
Dancing in the dark in the pale moonlight.

Time to get back to badness!

Changing into devil just as fast as -I- can. 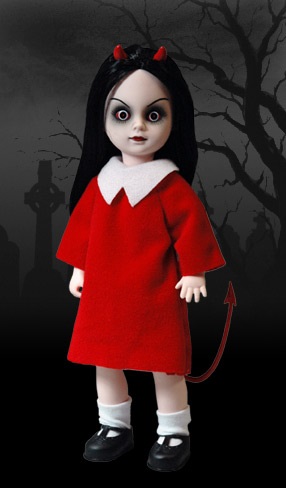 Speaking of anniversaries,
Holly's Horrorland turns 5 on Oct. 14th,
so I'll be doing a celebratory giveaway!
Posted by Holly B. Strange at 4:05 PM 27 comments: