I can't believe I made it through this crazy day! 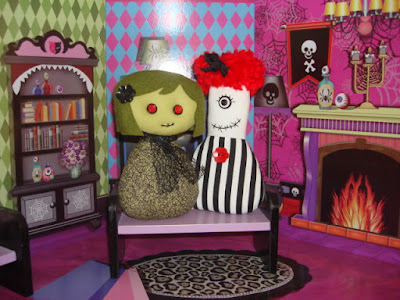 My sister Zola and I were sick of sitting around the suite,
so we decided to treat ourselves to lunch at Chez Zarbus.
Which is inside a pedestal under a giant stone gryphon! 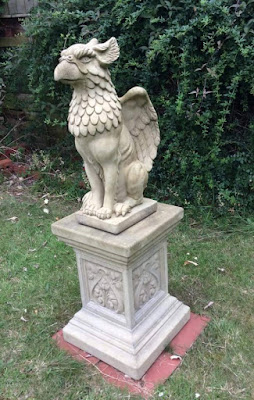 We were greeted there by a legless brown bear,
who introduced himself as Pendleton the proprietor. 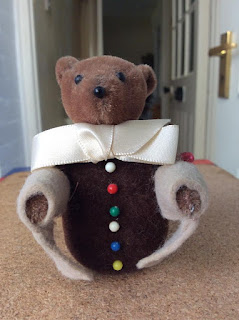 As he lead us to a cold, dark room in the back,
he said he felt a kinship to us, due to our lack of limbs.
When he turned the light on, we gasped at what we saw!
A line of frozen bears and other animals.

He told us to pick a pair of arms and he'd remove them,
then pin them on to us like his were with magical pins,
because everyone has the right to bear arms.
I waited for him to say we were on Candid Camera,
after he was done laughing like a loon, but he didn't.

So, Zola and I both made a run for the door,
but the biggest bear got up and grabbed us!
While Pendleton explained he was his assistant,
Teddy, we managed to wiggle free and flee!

Once outside we were greeted by the gryphon!
He had come alive and swooped to the ground.
He said he was Zarbus, Pendleton's familiar,
and was ordered by him to stop us.

He clutched us in his massive paws,
but as he did, they began cracking.
Continuing up his arms to his body,
which shattered!
We fell to the ground with his head,
which landed on Pendleton!

While Teddy tried to help him,
Zola and I hightailed it home! 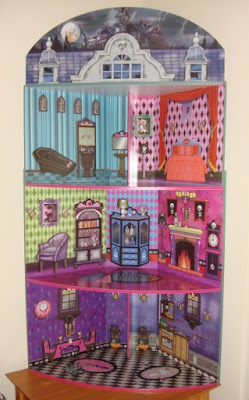 Lucky to be alive,

Hear me read this collaborative toy story,
which Magaly G. and Rommy D. inspired.
Check out their collaboration here!

Lucy and Zola were made by Emma Y.

Teddy and the other animals belong to Ladan S.

By the way,
I'm extending The Doll Days of Summer through August!
Posted by Holly B. Strange at 1:45 PM