As I mentioned in my previous post here,
Harley Quinn regains her independence in this short film.
And how sweet it is to see her,
perfectly portrayed by Madeleine Wade,
finally calling the shots! 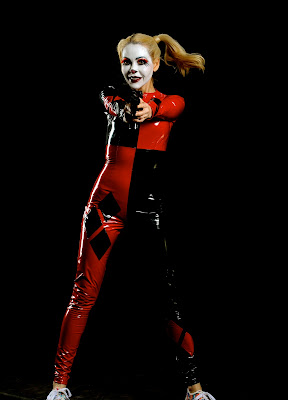 Micah Fitzgerald is also excellent as The Joker.
Who has been stripped of his make-up,
to not only expose the twisted man behind the clown,
but also to keep the focus on Harley. 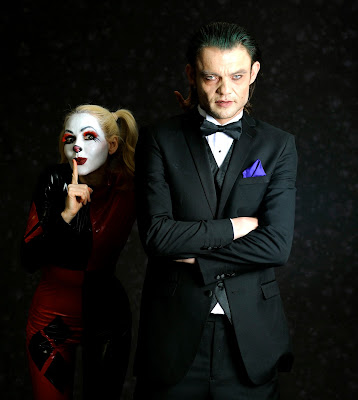 Harley and The Joker have a complicated history together,
to say the least.
This film explores that relationship, but being a short film,
doesn't take time explaining their background.
If you're unfamiliar with it, this will fill you in:

I don't want to give too much away,
so I'll just say Peter Dukes doesn't disappoint!
Posted by Holly B. Strange at 11:45 AM