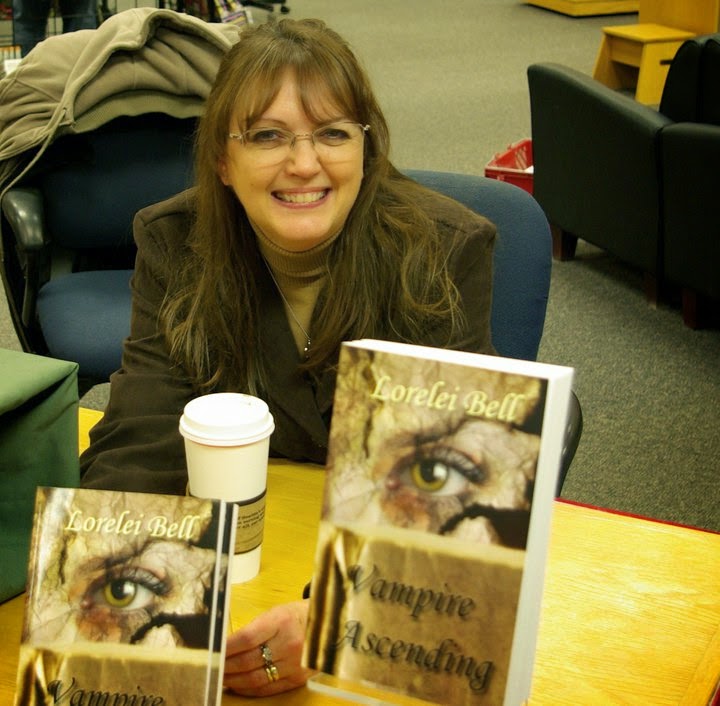 Like the vampire itself, interest in vampire books, movies and shows will never die.
We can do so much with the creature,
they're so malleable that the possibilities are endless.

Hi, my name is Lorelei Bell, and if you couldn't tell by my opening,
I write about vampires.
I was into vampires way before it became cool.

When it came to creating my own series, and heroine,
I chose not to go with the kick-ass chick who went after vampires, demons or whatnot.
Those stories were becoming a dime a dozen. You could throw a rock and hit one.
Nor did I want her to work in some sort of newly created bureau (as in Karen Chance,
Keri Arthur, and Kim Harris novels).
I didn't want to plop my readers somewhere after the beginning of the story and
do a lot of back story. I wanted to begin at the beginning with my reluctant hero,
Sabrina Strong, a sometimes quirky twenty-one year old who has this
unique problem where she can't hold a job because she is a Touch Clairvoyant.
She can't touch anything without going into a trance,
and wears gloves in order to get through the day out in the world.
But, when her father dies, she is forced to find a job —
something she can actually do. Something she was born to do.
So when she answers the ad for a clairvoyant,
she doesn't expect to work for vampires, but that's who wants to hire her.
She's hired to solve the murder of the wife of handsome,
seven-foot tall master, Bjorn Tremayne.
And so the story of Sabrina Strong, Touch Clairvoyant begins.

The series opens with Sabrina heading to the job interview,
but gets attacked by a werewolf.
Enter Nicolas Padarau, the vampire who was to hire her for the job.
He saves Sabrina from the attack by turning into a wolf himself,
after which he sucks the werewolf venom from her wrist.
Then, because she has lost some blood and is woozy,
he drives her to his apartment in Chicago.
She wakes up in his bedroom — not exactly comforting to her,
but it seems he was a gentleman.
We learn as the story goes on Nicolas is smitten with her.
Problem is, Mr. Tremayne has the right to claim her and does... eventually.

Surrounded by vampires, it isn't surprising that when she meets Dante Badheart
(telepath,shape shifter, and shaman), she is relieved she won't be looked after
by another vampire when it appears that someone is trying to kill her.
Dante's task is to keep Sabrina safe, but when she begins having visions
that show her best friend has been abducted by a faceless vampire,
she's off to try and find and save her.
That's when she comes face-to-face with the one vampire who has been
reoccurring in her dreams and visions since childhood,
and she is very certain this vampire was the one who turned her own mother
(who everyone knew was dying of cancer), when she was young.
His name is Vasyl, an over one thousand year old vampire who has been
looking for the sibyl all his human and vampire life — and Sabrina is it!

Sabrina learns she is a sibyl, and is given a magical dagger that poisons vampires,
kills demons, and fallen angels —which is her duty,
although she won't harm those she deems her friends.
Sabrina has to learn who and what she is, and how to do this job throughout the series.
Plus she is given a ring that thwarts vampire thrall. S
he can't escape this responsibility, and learns more about it through Vasyl,
who has been seeking her down through the centuries,
and had to become a vampire in order to continue his search for her.
Vasyl explains that the world has been waiting for her for thousands of years.
The prophesy tells that she is to give birth to a Dampier,
who will become king of vampires.
In her case, she's resisting the call of motherhood, at least in these first few books.

This is not your usual cookie-cutter paranormal romance.
It's urban fantasy with a mix of genres —romance, adventure, mystery, horror.
It's a “closed world”, where vampires exist in our reality,
but not everyone is aware of them, instead of a hypothetical alternate universe.
Throughout the series, Sabrina will visit other worlds as well, learn new talents,
and become more magical as the series goes on, and find a lot of romance in between.

The four books in the series are as follows: 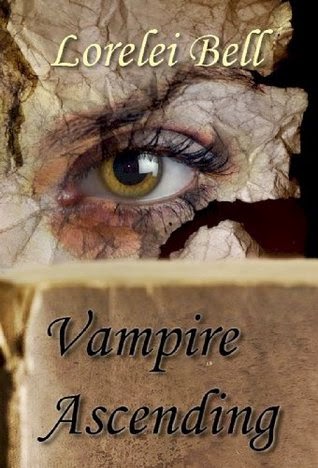 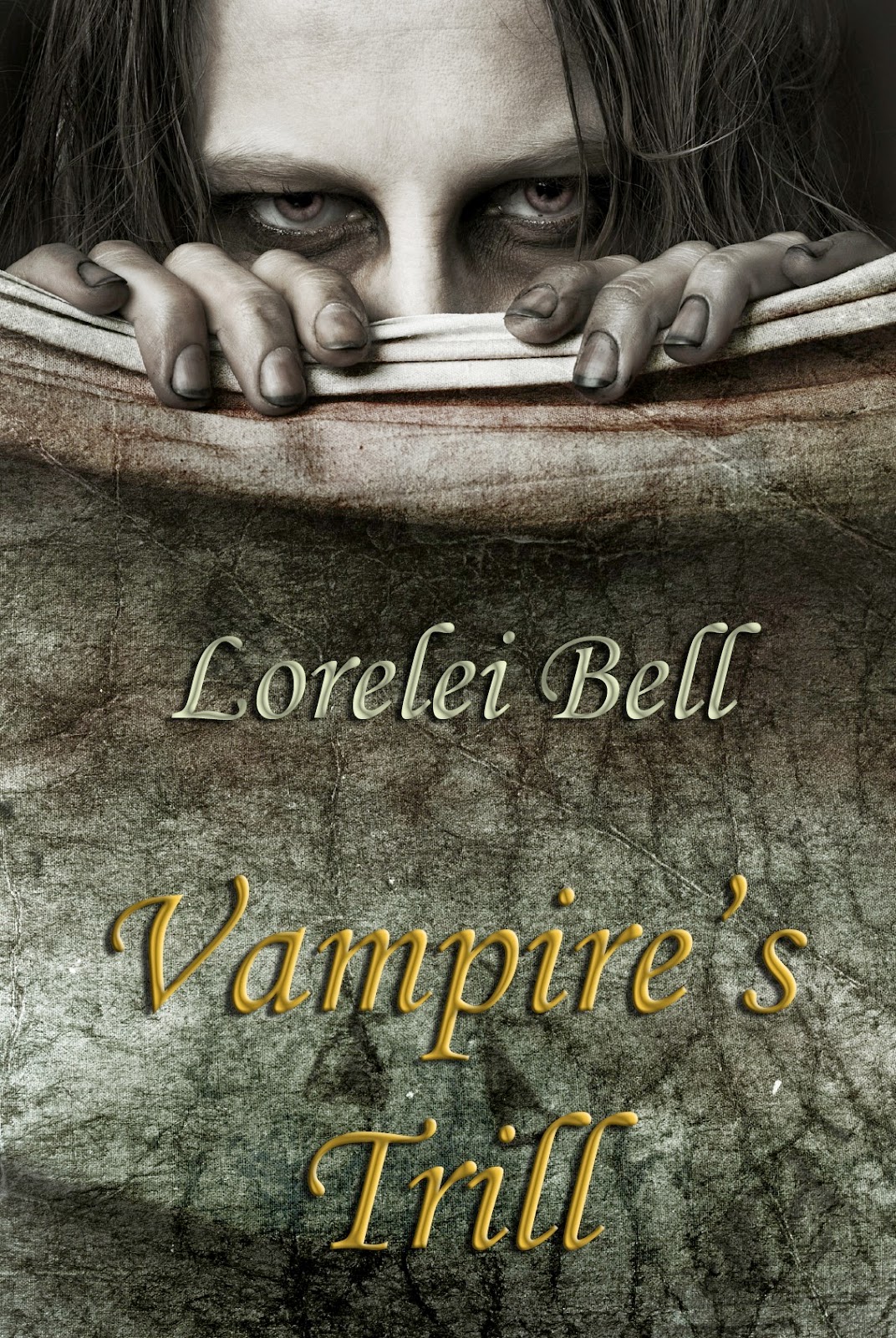 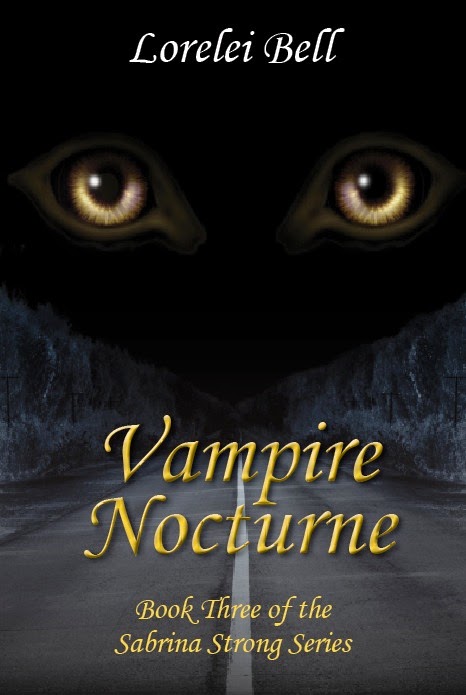 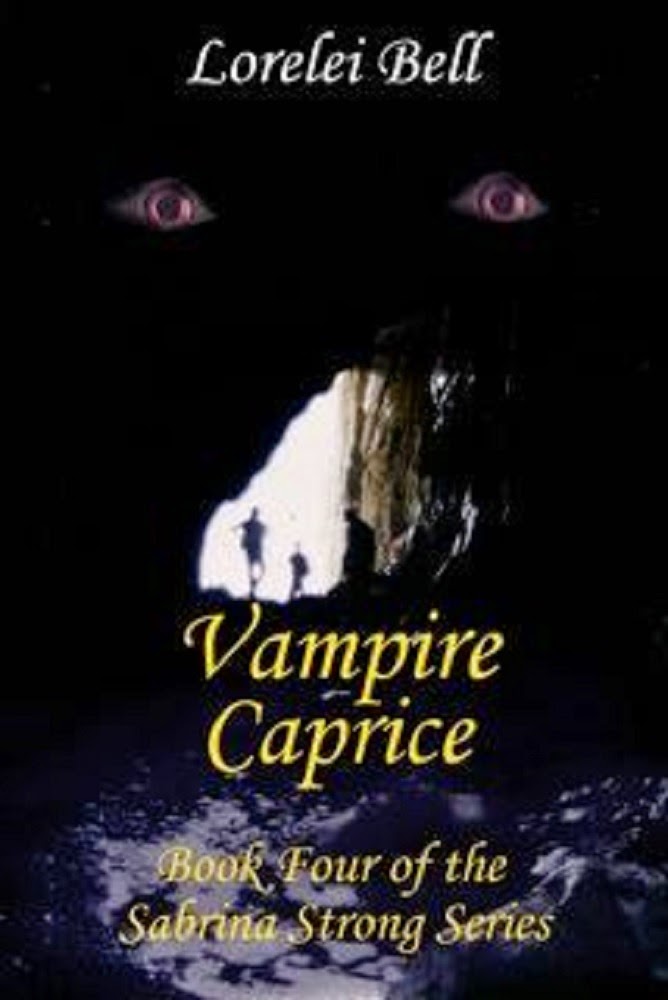 
Learn more about Lorelei at her blog here!
Posted by Holly B. Strange at 7:50 PM