If you’ve ever followed movies, you know that things come out in pairs —
that is, dual movies that mirror one another in plot, style, and even actor appearance.
Armageddon and Deep Impact, Dante’s Peak and Volcano,
Antz and A Bug’s Life, The Prestige, The Illusionist.
The list goes on and on—all this to say that generally, things come in pairs.

And if salt and pepper, Halloween costumes,
and movies can all be coupled, well, so can villains.
Below are a few examples (though not an exhaustive list)
of movie bad guys with more than shocking similarities.
Examples, I should note, may contain spoilers. 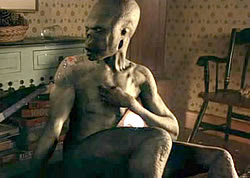 Signs, which came out in 2002, features human-like aliens.
They’re thin and tall, quick runners, and are able to jump very high.
In addition to hating water, these aliens have claws and sulk, sort of slithering, about.
They possess the unique ability to hurl poison gas from their wrists, click to communicate,
and change colors to camouflage themselves.

Dark Skies, the film, came out February 22 of 2013
and features aliens referred to as “The Grays.”
The movie is similar in its depiction of the fragility of family
and childhood ability to perceive the supernatural, and uses the aliens sparingly.
Still, they bear striking resemblance to those in Signs.

I Am Legend and The Decent 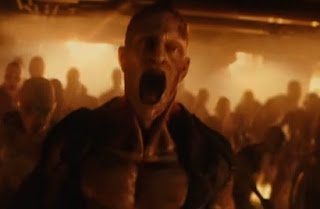 The movie version of I Am Legend, which came out in 2007,
envisioned the bad guys as virus-altered mutants with vampire-like tendencies.
Termed “Darkseekers” these creatures are able to smell immune humans
and actively seek them out.
Robert Neville, immune to the virus, spends the movie seeking a cure,
which he eventually develops.

The Decent, which opened in the United States in 2006,
also features flesh-consuming creatures interested in the dark.
When a group of women descends into a cave,
they’re hunted by blind underground cavemen with developed hearing and smell.
They’re also expert climbers and, unfortunately, murderers.
The villains certainly resemble each other,
as do the respective film’s exploration of the human capacity for destruction. 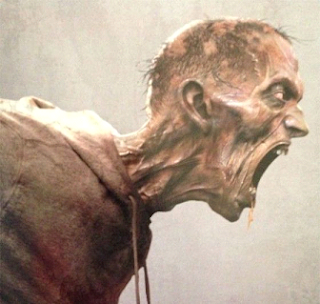 The infected in 2013’s World War Z, like all infected,
have been reanimated by a virus for which there is no cure.
They die when the brain is destroyed,
though they decompose (albeit slower than normal).
They can be frozen, which will render them inanimate until they are unfrozen.
They lack the human capacity for becoming tired
and they’re unable to think or feel, acting instead on impulse.
Termed “Rage Zombies” these guys are fast, virus-spreading machines.

In 28 Days Later, which appeared in 2002,
the people in question are first bitten and then infected —
like the infected in World War Z, they’re not actually dead.
But they’re fast, extremely lethal,
and act in accordance with their ill temperament and hunger,
although they often appear to kill just for sport.
They don’t appear to be decomposing though and work to spread the infection to others.

There are infinitely more examples of similar villains reappearing —
history is bound to repeat itself,
and we’re continually influenced by the visual stimuli presented to us.
And it’s probably best to let these duplicates inform the construction
of new bad guys and villains, allowing us to see them in a new context.
Let them inspire us — to be more original, to build upon an existing idea,
to come up with a couple’s Halloween costume we’re left explaining at the party.

Lydia Mondy believes that people fall into one of two categories —
fans of Alan Thicke and fans of Robin Thicke, and she’s not telling where she stands.
When she isn’t hunting bigfoot, you can find her writing about Halloween costumes
and cheering on the LA Dodgers.
Posted by Holly B. Strange at 7:16 PM