If I attended The Con, I would've grabbed these... 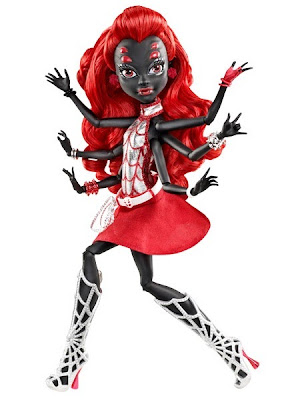 I HAD to have her!
So I bought her on eBay for $90,
which actually wasn't a bad deal.
Some sellers are charging double that,
even though they got her for just $25. 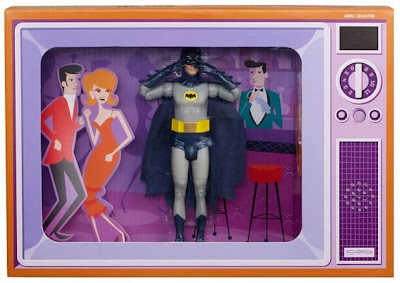 This moving, grooving figure was also made by Mattel.
They're going to break me! 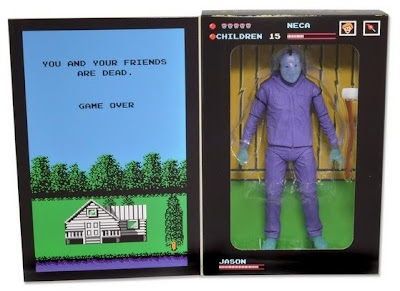 As a proud owner of the game, I NEED this figure!
If you do too, you can enter to win him here & here.
(Thanks to Shit Movie Fest for the links!) 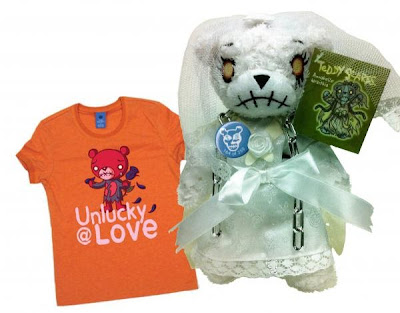 You can get this undead ted with removable head here!
T-Shirts are sold there separately too.

She's also available at the ESP Store,
along with these agorable guys: 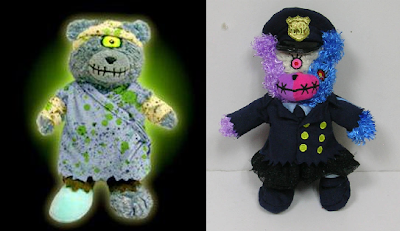 I shall own them all! Eventually. Maybe. Hopefully!
Posted by Holly B. Strange at 10:47 AM 2 comments:

Be careful what you wish for...

Friday was my Beeday, but didn't feel like it.
Mostly because it lacked a cake,
and I want to be the girl with the most cake!
(If you know the song that line is in, you win!)

Well I did, until I watched this...

My dessert dilemma was really just an excuse to post that twisted treat!

Speaking of wishes and sticking with the Doll Days of Summer theme,
I'd like to know what toys are at the top of your wish lists?

That groovy genie is near the top of my list!
Posted by Holly B. Strange at 7:00 PM 6 comments:

The Resurrectionist: The Lost Work of Dr. Spencer Black by E. B. Hudspeth 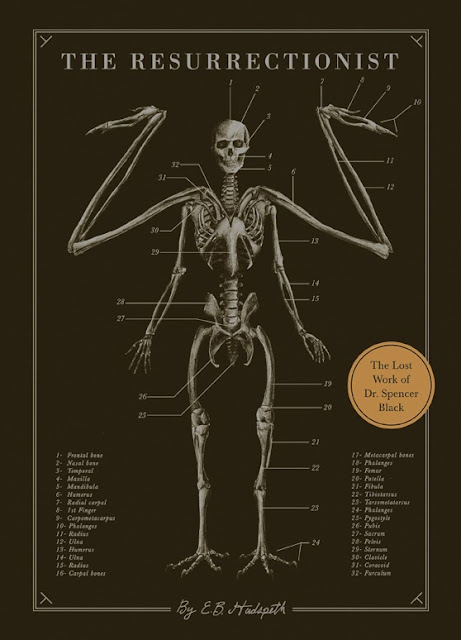 As you can already see, this book is brilliant!
Though I should say books,
since it's actually two in one.

First is Black's twisted tale. Summarized below.
It's told through his journal,
and letters to and from him.
Which are so realistic, you forget they're fake!

Black was born in 1851.
He reluctantly robbed graves as a boy,
with his older brother for their doctor dad. 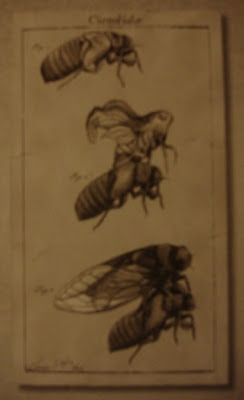 (It was perfect timing reading this,
since they're due to emerge here.)

In 1870 he joined a surgical team,
performing corrective surgery on "freaks."
He also published a controversial paper.
It claimed mythological creatures were real
and that mutations weren't accidents,
just a body growing back what it once had.

He graduated and got married in 1871.
His wife bore four children from 1872 to 1884.
Three sons and a daughter, but sadly two of them died.
The death of his daughter effected Black greatly,
causing him to quit operating and focus on his theory.

He found just what he needed at a Sideshow in 1878.
It was the dead body of a boy who resembled a fawn.
Believing it could corroborate his theory,
he bought the specimen to dissect. 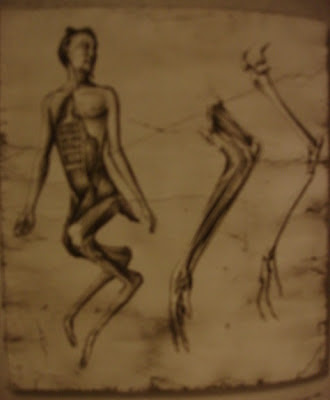 He attempted to publish his findings,
which stated the fawn-child proved satyrs existed,
but was denied and shunned by his medical peers.

This lead him to become a sideshow showman in 1880,
exhibiting his collected curiosities in an Anatomical Museum.
(My dream job!) But despite being successful,
he realized he couldn't sell his theory without evidence.

Thus began his Frankenstein stage.
He started by grafting together parts of dead animals and humans.
Soon he moved on to live animals, creating living creatures.
All of which he claimed were sent to him from around the world.

Tired of being berated by everyone, including his brother,
Black decided to take his show overseas in 1900.
He brought along his wife and oldest son,
whom he performed a procedure on, rendering him ageless.
Though he was well received,
an accident ended the tour and caused him to return home.

There he completed his masterwork, The Codex Extinct Animalia.
Only six copies were published before Black disappeared in 1908.

This contains illustrations of the creatures listed below.
And not just two or three, but MANY views of each.
All meticulously detailed and labeled.
Plus a page of info on each with fascinating facts.

The Siren -
Half (top) woman, half fish. 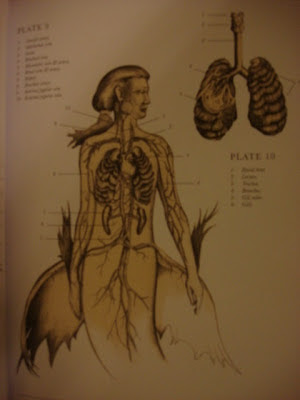 The Satyr -
Horned half (top) man, half goat.

The Minotaur -
Half (bottom) man, half bull.

The Ganesha -
Half (bottom) man, half elephant. 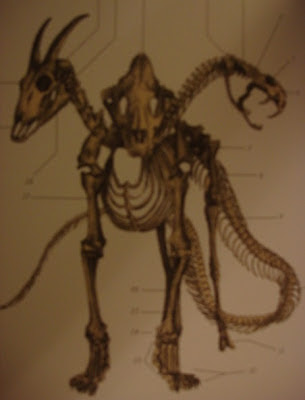 The Centaur -
Half (top) man, half horse.

The Harpy -
Half (top) woman, half bird.
She was clearly Black's favorite creature,
since he even explained her reproductive system. 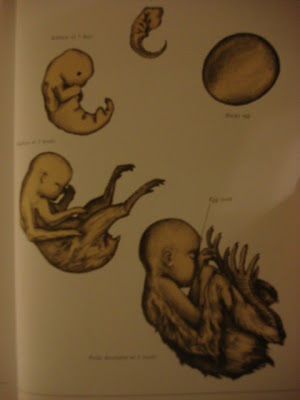 Exquisite and grotesque is how Black described them.
And I agree, with a heavy emphasis on the exquisite.


For more info and to buy this beautiful book, click here!
Posted by Holly B. Strange at 4:26 AM 6 comments:

Welcome to an Independence Day Presidents Punch-Out!
(Or if you prefer, a Barack Battle!) 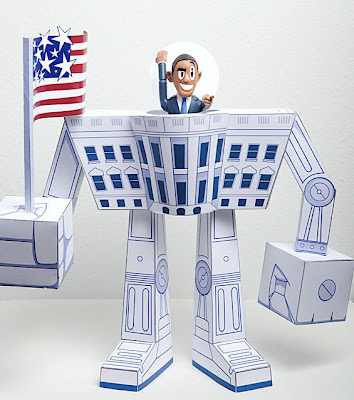 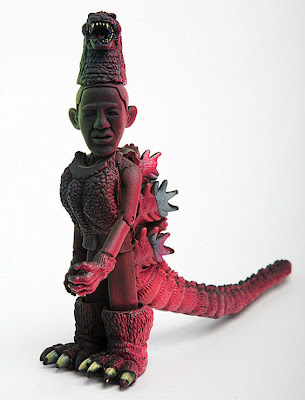 (He's bigger than he looks!)

Who would win?
Place your bets!

P.S. This has begun! 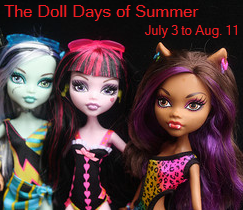 WTF is The Doll Days of Summer?
Weeks of terrorizing toy talk!

And if you create or collect dolls or figures,
I'd love to have you join the fun!
Email photos to blacklacewings85@aol.com,
along with a bit of info about them and you.
Posted by Holly B. Strange at 1:32 PM No comments: