﻿Since yesterday was President's Day,
the winner of the V. Day Giveaway will be announced by Baracula!

I bid you velcome... 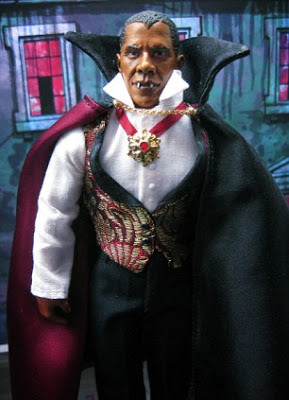 Jenny of Jenny's House of Horrors!

Congrats! Please email me your address.

Thank you to everyone who entered/attended the Soiree!
We'll definitely do it again next year. ^♥^

For anyone wondering,
Baracula is part of this Presidential Monsters action figure line: 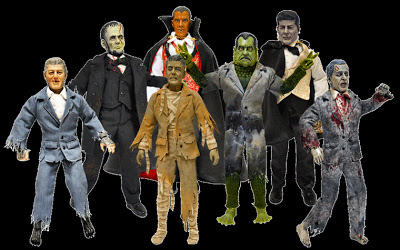 You can get them all here!

Tune Time! This is the perfect song for some necro necking:

Ayria's new EP came out on V. Day too!
You can download it here.

The theme this year is Vampires, Wine, and Roses.
Which also happens to be the title of the book I'm giving away!

Now let's break out the booze and have a bloody ball!

Not sure which wine to select?﻿
Never fear, Vincent Price is here to be your guide!
﻿

Look who just cruised in...

And he brought a bouquet of musical roses with him!

Find out the meanings of rose colors here.


Click the badge below to find the other soiree attendees,
or to become one. Happy Vampire's Day! ^♥^

The Woeful Tale of The Wasp Woman 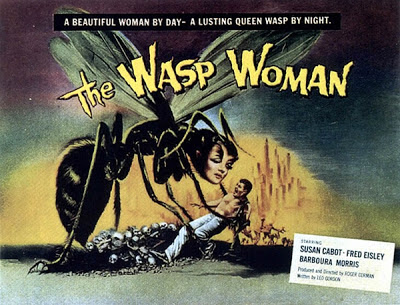 I watched and discussed this B movie with two of my best blogger buddies,
Kweeny Todd and Emma of Little Gothic Horrors. Get all the buzzzz here!

Anyway, I'm a nerd who likes to dig up facts about films,
and oh boy, did I dig up a doozy on this one!
Well, more specifically on the lead actress, Susan Cabot.

Her son, Timothy, later confessed to the murder.
He was a dwarf with psychological problems by the way,
which were caused by being treated with experimental growth hormones for 15 years!

You can read more about this sad, strange case here and/or watch the video below:

Sign up to be a Vampire's Day Soiree Attendee

To those of you who attended last year:
Thanks for making it a smashing success!
I hope you'll celebrate with me again.

To those of you who are new: Velcome!
This is an alternative Valentine's Day event.
For people who prefer love at first bite. 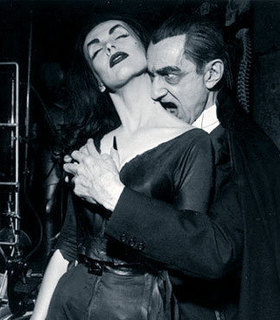 All you have to do is post something vampire related on the 14th.
Be sure to include the beautiful badge above (top) in your post too,
and link people here, so they can "mingle" with the other guests!

But first, please enter your info below:
(Exp. Link Title: Holly of Holly's Horrorland)
Posted by Holly B. Strange at 11:00 PM 8 comments:

People from past to present pondering over petrifying prose,
set to the song Read Me a Story by The Clock Work Army.
(I believe the band is now known as Calico Horse though.)

Thanks to Chris Hewson and Laura Morrigan for allowing me to use your photos.
(That's them at the end.) You're both automatically entered to win a vampire book,
which I'll be revealing and giving away at the Vampire's Day Soiree on the 14th!
The sign-up post for that will be up soon, promise!

Now I'll leave you with a sweet, sanguinary song by Alice Cooper,
whose birthday was yesterday! (So was George Romero's!)

First, some info on the origin of Groundhog Day:

The very first animal weather prognosticator was a serpent,
as this old Scottish Gaelic proverb states:

"The serpent will come from the hole
On the brown Day of Bride,
Though there should be three feet of snow
On the flat surface of the ground."

The Scottish tradition was pounding the ground with a stick until the snake emerged.
The snake's behavior gave them a good idea of how much frost was left in the season.

So, I say we give the snake a chance to reclaim it's day,
by letting it duke it out with the ground-HOG! 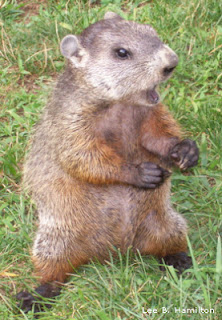 And the snake wins! 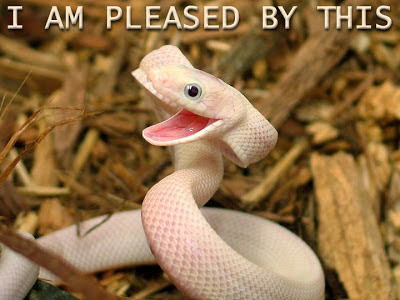 Another horrorday is on the way, Vampire's Day!
Stay tuned for a sign up post for the Soiree soon.

Also, the book photo video will be posted Monday.
Sorry for the delay. Things have been bussssy!
Posted by Holly B. Strange at 5:43 AM No comments: