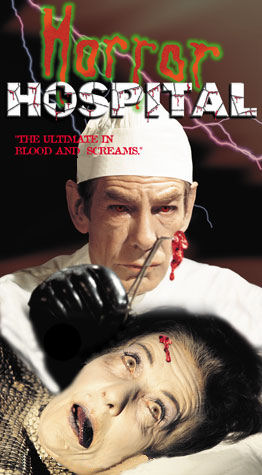 In memory of Michael Gough, who passed away Thursday,
I decided to do a review of Horror Hospital (1973)
Certainly not his finest film, but it's one of my favorites.
(It also fits with the medical theme of my ﻿current contest.)
In my opinion, hospitals are the perfect settings for horror films.
They're scary even without a madman slashing through them.
Though Horror Hospital was actually shot at Knebworth House,
located in Hertfordshire, England. 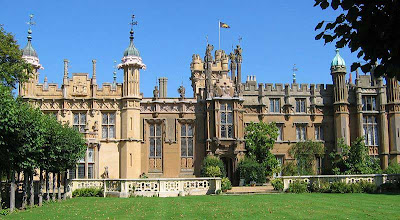 In the film it's known as Brittlehurst Manor
(It's also Wayne Manor in Batman (1989),
in which Michael Gough played Alfred.﻿)
Brittlehurst is advertised as a hip health retreat. 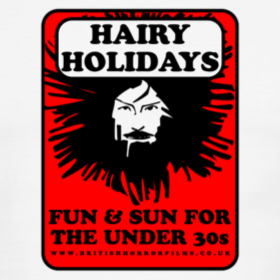 Jason (Robin Askwith) decides to go check it out,
meeting up with Judy (Vanessa Shaw) on the way. 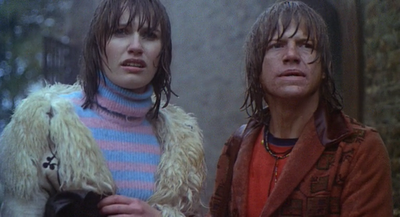 Upon arrival they discover the place is run by demented Dr. Storm (Michael Gough),
whose sidekick is an equally demented dwarf named Frederick (Skip Martin). 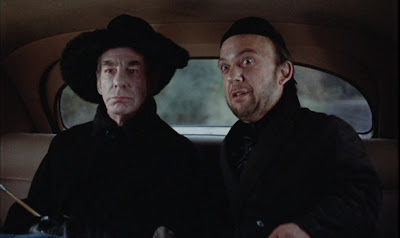 Instead of explaining the rest,
I'll let this song/video do the work for me....
(Warning: Contains spoilers and nakedness!)
As you can see, this film has something for everyone.
Horror, comedy, even romance. It's a horromcom!
"Just because it's a love story doesn't mean it can't have a decapitation or two."
- Robert Englund
Posted by Holly B. Strange at 5:46 PM