In honor of Women in Horror Recognition Month,
(Yes, I'm late, as usual. *Hangs head*)
I present two of the most influential scream queens.
(Despite them starring in only one major horror film.)

Elsa Lanchester as the bride in Bride of Frankenstein (1935) 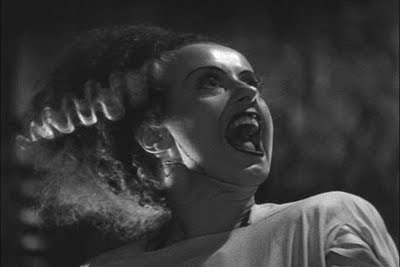 As my blogger buddy Bleaux Leaux said, given her very limited screen time,
a case could be made that the Bride of Frankenstein left the most indelible impression.

So true. Her image/likeness still graces a plethora of products.
Including my bootiful new bride necklace! 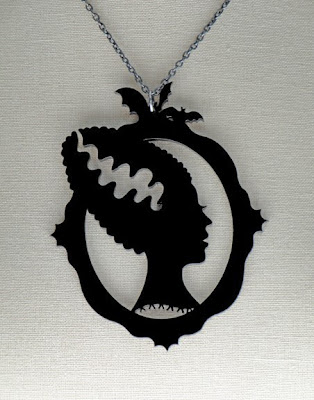 ﻿Made by C.A.B. Fayre
(Which I won in a giveaway,
along with the latest issue of Creepy Queen Magazine. :)
Janet Leigh as Marion Crane in Psycho (1960) 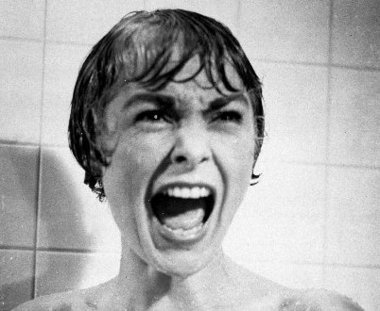 Two words: Shower scene.
Still making us uneasy while showering in motels,
and being immortalized, in plastic! 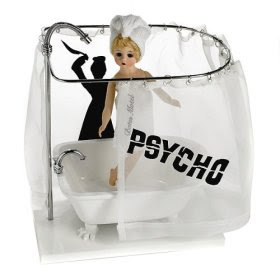 Psycho Doll by Madame Alexander
(Sadly it's no longer for sale on her site.
I'm hoping it'll turn up on eBay soon!)
Janet also gave the world my favorite scream queen, Jamie Lee Curtis.
(Who she appeared with in The Fog (1980) and Halloween H20 (1998)) 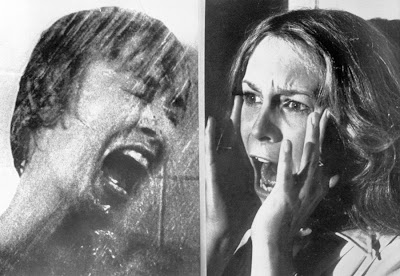 "Women are born with horror in their very bloodstream.
It is a biological thing."
- Bela Lugosi

Fellow females, want to be Scream Queen for a Day?

Here's all you have to do:

1. Print and cut out this crown made by Halloween Blues
2. Punch two holes at the end of it
3. Tie it together with string
4. Place it on your head
5. Scream!!!! 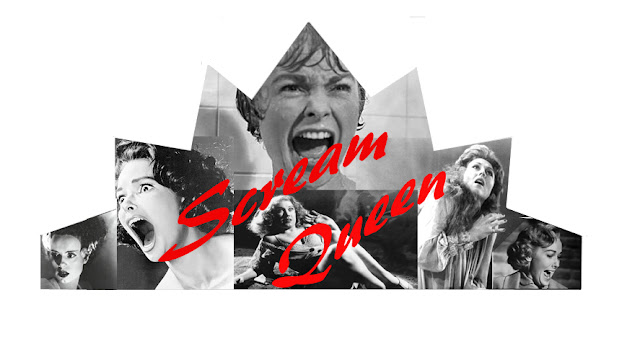 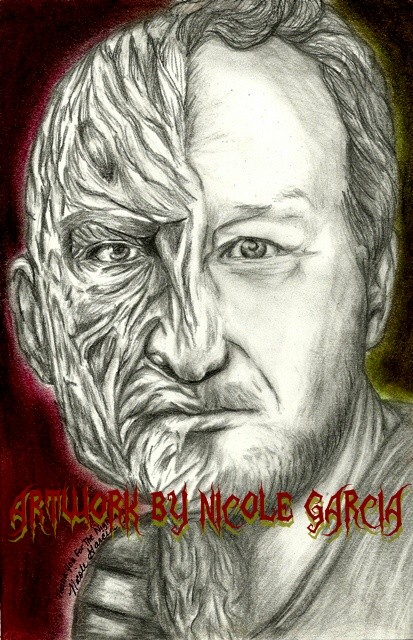 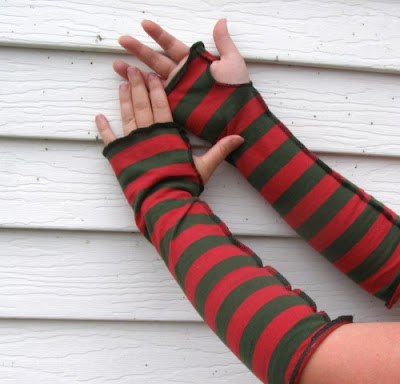 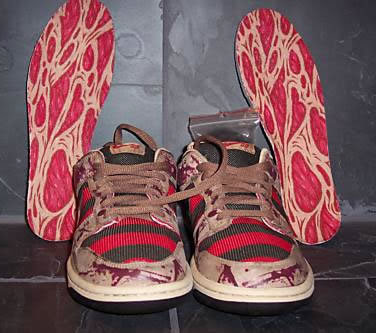 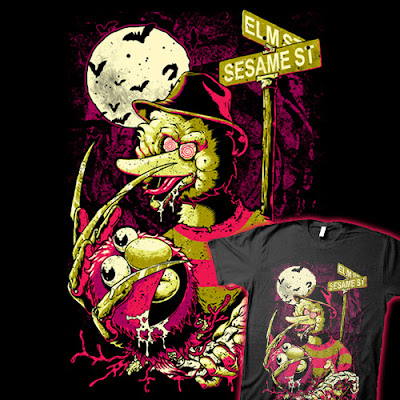 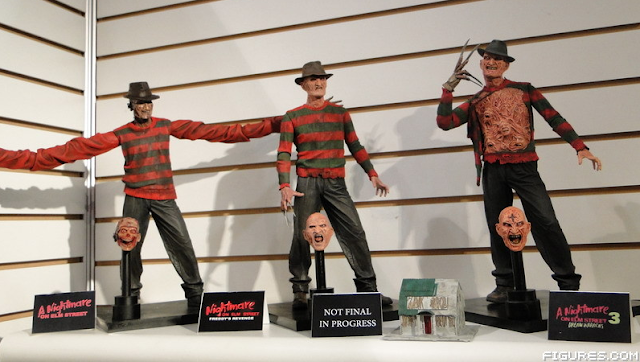 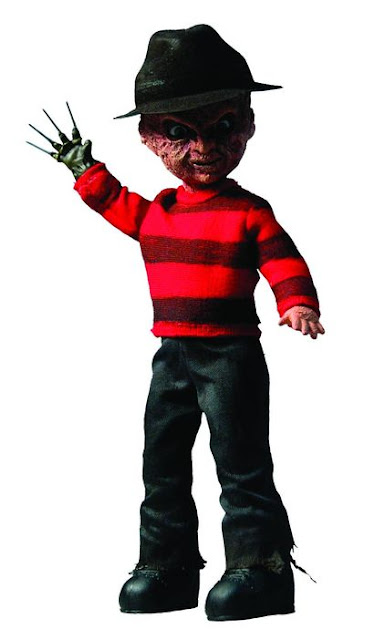 I'd like to add him, Michael, and Jason to my LDD collection.
(Which I'll be blogging about soon. Stay tuned!)
Posted by Holly B. Strange at 8:14 PM 3 comments:

I adore them, particularly horror anthology series.
Here's my top 10 favorites: (In alphabetical order.)
1. Alfred Hitchcock Presents / Hour
2. Are You Afraid Of The Dark?
3. Beyond Belief: Fact Or Fiction?
4. Night Gallery
5. The Outer Limits
6. The Ray Bradbury Theater
7. Tales From The Darkside
8. Tales Of The Unexplained From Behind The Veil
9. Thriller
10. The Twilight Zone

I'll be extending this list though. Adding The Dead Hour, a terrorific new webseries!
There's five episodes on the site, each about fifteen minutes long. (Short, but sweet!)
I enjoyed them all. Check them out! You can preview each episode in the trailer:

They're currently working on Season 2, which I'm looking forward to!
(There's also a casting call. So, if you're into acting and in the Omaha area, look into it!)
Posted by Holly B. Strange at 1:22 AM No comments: 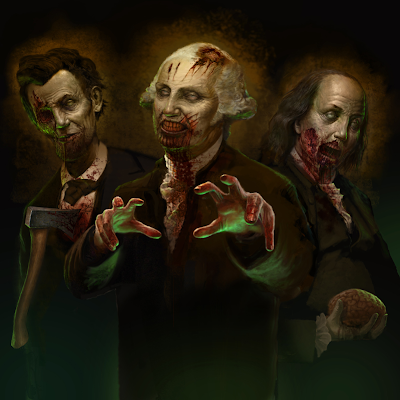 ﻿Dead Presidents by Greg Lambrakis
They're baaaack!
Who will you be voting for,
Zombie Washington or Zombie Lincoln?
Posted by Holly B. Strange at 11:46 AM 4 comments: 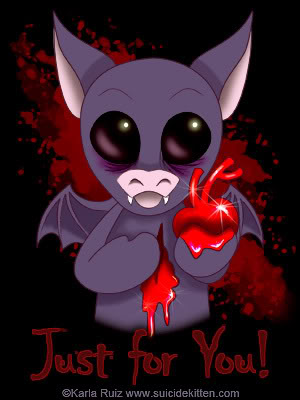 ﻿
Hope you all enjoyed the Bloodlust Blogathon!
Poor vampires lost the poll though.
So, the rest of February will be all about zombies!
And women in horror. (Zombabes, perhaps? :)
Speaking of which,
the ghoul friend goes to....
Living Dead Girl Nicole!
(Just email me your address,
and I'll send your new friend! :)
Thanks to everyone who entered,
and to all my followers.
I love you longtime! 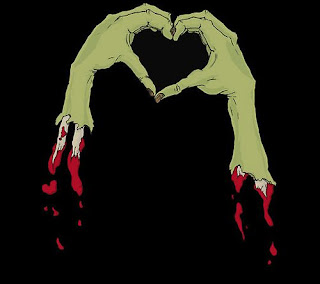 Who's your favorite vampire vixen?
Here's one you may have forgot or not be aware of....
﻿

If you thought that was disturbing,
you haven't seen anything yet!

Why isn't there a sparkle-free option?!
(Not that I'd purchase such a thing...)

Now, I bid you adieu.

P.S.
Today is the last day to enter the Ghoul Friend Giveaway!
Also the last day to vote on the Vampires or Zombies poll.
Posted by Holly B. Strange at 7:12 AM 2 comments:

But he has good taste!
And now, Dracula's dramatic death scene...﻿
Posted by Holly B. Strange at 1:46 AM 2 comments: 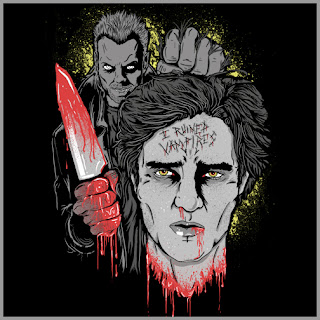 I just discovered that David returns in the sequel,
Lost Boys: The Tribe (2008)
Though he isn't played by Kiefer Sutherland, sadly.
Corey Feldman and Corey Haim return in it though,
so it may be worth checking out.
David also makes an appearance in the comic,
The Lost Boys: Reign Of Frogs,
which bridges the gap between the first and second films.
There's a third Lost Boys film as well,
which was released on DVD last year.
Posted by Holly B. Strange at 2:29 AM 2 comments: 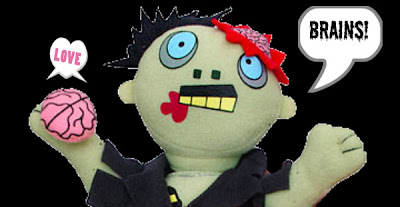 Dear followers,
To prove my love is true,
I'm giving a cuddly corpse companion to one of you!
(I'll include a monster valentine card too. :)
To enter, here's all you have to do:
Comment with your name and email address
Deadline: Sunday, February 13th
Winner will be picked randomly,
and announced on V. Day!
Posted by Holly B. Strange at 5:57 AM 4 comments: 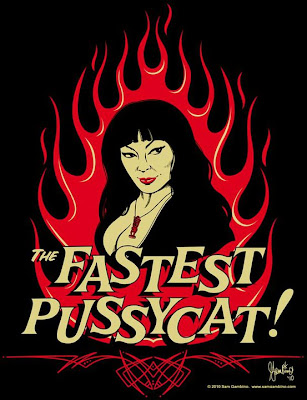 When I heard you passed away, I wanted to cry.
But you're a legend, and legends never die.
Thanks for entertaining and inspiring me,
as both Satana and Varla, the Queen B.

And here she is with the pussycat gang doing her thang!
Posted by Holly B. Strange at 4:01 AM No comments: 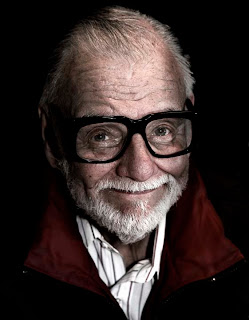 And John Carradine would be 105 tomorrow! 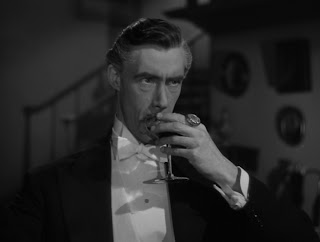 ﻿Here he's portraying Dracula for the first time,
in House of Frankenstein (1944)
Note his ring. You can own a replica of that ﻿bling! 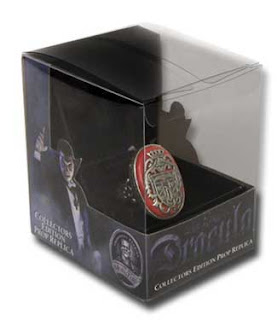 The ring was also worn by Bela Lugosi,
in Abbott and Costello Meet Frankenstein (1948)
And by Christopher Lee later as well.
There's your history lesson for today!
(Just trying to tie this into the blogathon. ;)
Posted by Holly B. Strange at 8:08 AM No comments:

Speaking of contests,
I entered one to win two of these bitty bloodsuckers... 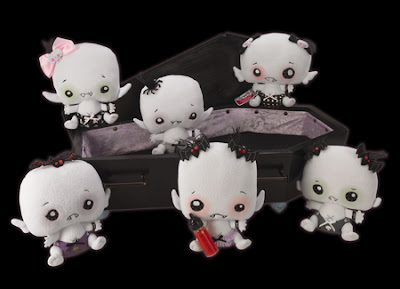 If I win, I'll be giving one away!
But you can adopt one for yourself at Vamplets.com
(Don't forget to buy him/her a bottle of blood too!)
Posted by Holly B. Strange at 4:47 PM No comments:

And the Design For Decor Contest winner is...

Jeremy a.k.a. iZombie!﻿
He wins a $35 gift code to CSN Stores.
And here's the pretty pic he made for me: 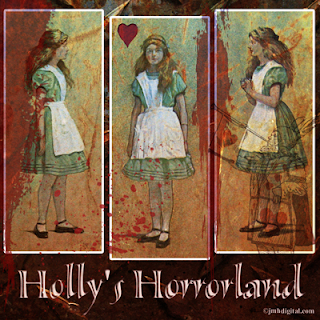 Check it out on the Facebook page!
(And "like" the page too, please? :)
I'd appreciate you putting the pic on your blogs as well.
(Linking here, of course.)
Also, check out Jeremy's rad retro artwork at OliveZombies!
Now here's the winner of the favorite Universal monster poll...
Frankenstein's Monster! 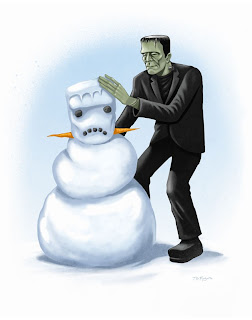 Frankenstein's Monster's Monster by Teaessare
His Bride and Dracula tied for second place,
and Gillman came in third.
Posted by Holly B. Strange at 11:07 AM 2 comments:

Let's start with a song, shall we?
Zombies aren't the only ghouls who groove.
Watch these vampires bust some moves...
﻿
Posted by Holly B. Strange at 3:14 AM 2 comments: