Daytimers go to the Dark Side

Confession: I'm a recovering As The World Turns addict.

So, I was happy to hear two ATWT actors are now in the horror biz!


Agim Kaba (Aaron) stars in Neowolf [The Band From Hell] 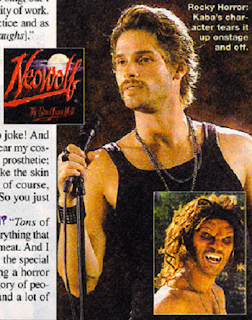 He plays Vince, a not so hairy (except on his upper lip) werewolf﻿ rock star.
Hunger By Night Neowolf - Agim Kaba
Uploaded by Horrornewsnet
Seems like a werewolf version of the vampire flick Suck, (which lived up to it's title.)
So, I don't have much hope for it, but I'll watch it for Agim.
(Just like I watched the other flick for Alice Cooper.)
Veronica Cartright is also in it, so it might not be too bad.
Next is Jake Silbermann (Noah),
who's in an Off-Broadway production of Dracula. 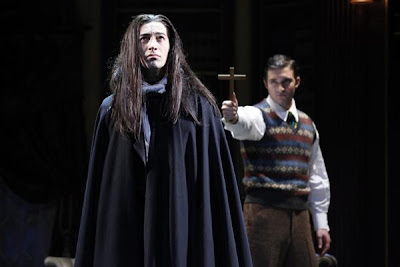 Michel Altieri as Dracula and Jake as Jonathan Harker
Playing at the Little Shubert Theatre now through the 13th.
Posted by Holly B. Strange at 12:46 AM